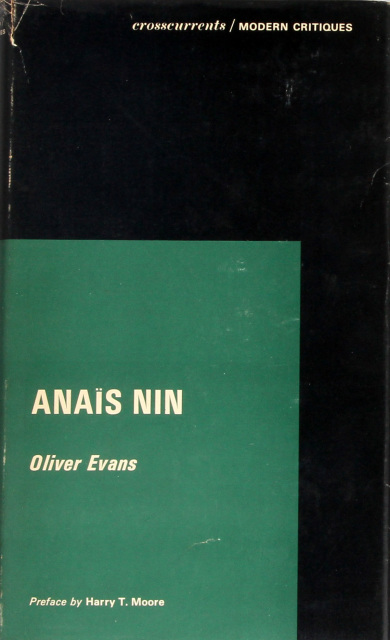 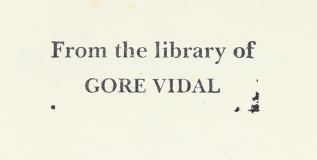 The connection between Gore Vidal, the previous owner of this copy, and Anaïs Nin goes long and deep, and its scope is still being discovered, as new information comes to light—such as a long-buried letter from Vidal to Nin that was only unearthed in 2013 that contradicted the distance Vidal had sought to place between them in his memoir Palimpsest and in interviews. Nin, a generation older than Vidal, was his most significant romantic partner of the opposite sex. Their legends will forever be intertwined. Moreover, this critical analysis of Nin’s work includes a quote by Vidal, making this book an association copy.

“Anaïs Nin is not one of those women authors who write like men. Her work is subtle and complex, sensuous, and with soundless depths. It takes the reader in and out of dreams.”