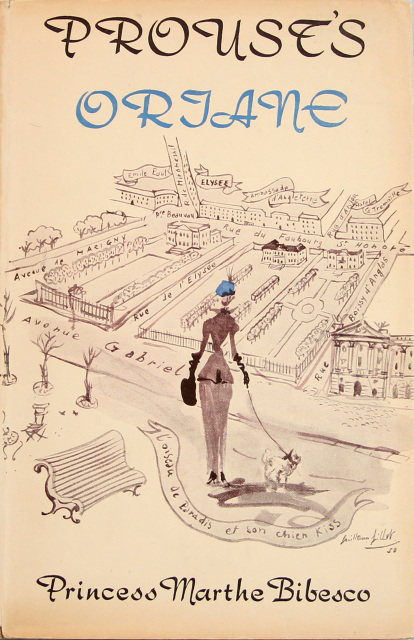 As an object, this book is lovely—with a divine dust jacket illustration, high-quality plates, and luxuriously heavy paper that has become so rare. Princess Bibesco’s text is equally fine. It is a biography of Laure, Comtesse de Chevigné who was the basis for Oriane, Duchesse de Guermantes in Remembrance of Things Past. The grandniece of the Marquis de Sade, she was considered by Proust to be the most elegant woman in Paris—quite an achievement in a city of elegant women (then and now). Proust adored her. Her lack of reciprocation gave him anguish (as did nearly everything), yet it only heightened his feeling. Bibesco’s conclusion is that this unrequited affection became the catalyst by which Proust’s writing transcended the superlative and became genius.

“Faultlessly elegant, kindly, indifferent, and mocking—that is the picture of Madame de Chevigné in the evening of her life which I see before me as I begin this attempt to establish her legend.”