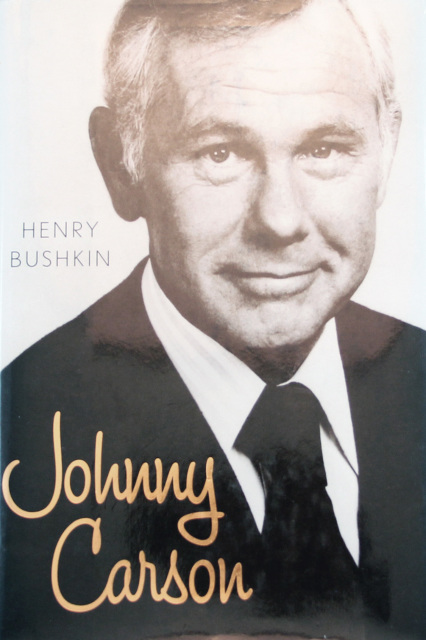 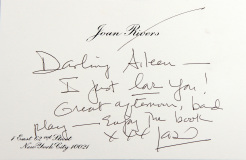 In the 21st Century, with its seemingly infinite number of television programs, it is impossible to understand the power of legendary Tonight Show host Johnny Carson. From his debut in 1962 through his 1992 retirement, Carson was a kingmaker (or in the case of Joan Rivers, queen-maker). As Joan Rivers noted, one appearance on his show made her a star. He was also an extraordinarily complicated man—warm on television, cold in real life. Two of the people who knew that best were his lawyer/consigliere Henry Bushkin (author of this book), and Joan Rivers his permanent substitute host to whom he never spoke again after he felt she betrayed him, which Bushkin covers in the book (pages 239-244). How fascinating Joan gave the book out as a gift.

“Not only did Johnny admire Joan [Rivers] as one of the best comedians of her generation, he had a soft spot of affection for her.”