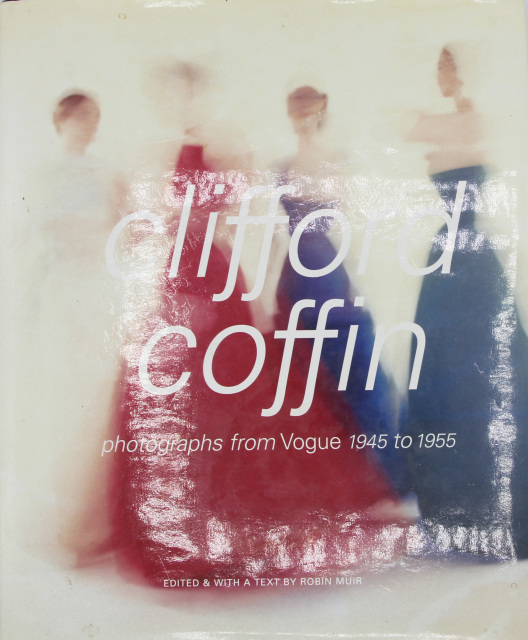 [Ex Libris Gore Vidal] Muir, Robin (ed.). Clifford Coffin, Photographs from Vogue, 1945 to 1955. First Edition. 1997. Book and dust jacket are both in very good condition. Book is stamped “From the library of GORE VIDAL” on the flyleaf.

Gore Vidal is one the subjects depicted in the book (and that same photo of him is on the front jacket cover of Fred Kaplan’s Gore Vidal biography). Clifford Coffin was one of the tortured geniuses of fashion photography in the post-World War II era. In addition to the fashion work, there was private collection of nudes in the mold of George Platt-Lynes (Coffin’s friend and mentor). Much of that work was lost because of an arsonist fire at Coffin’s New York apartment. However, his fashion work survives. It was tucked into a cabinet at the offices of British Vogue, where it remained undiscovered until 1986. Book includes portraits of Hemingway, Capote, and Vidal, as well society portraiture and also fashion photography.

“Coffin was a perfectionist. He could create impeccable elegance from the simplest of ingredients; given a couple of yards of striped material he produced a polished professional headdress; given and model and some make up, he could make a beauty.”