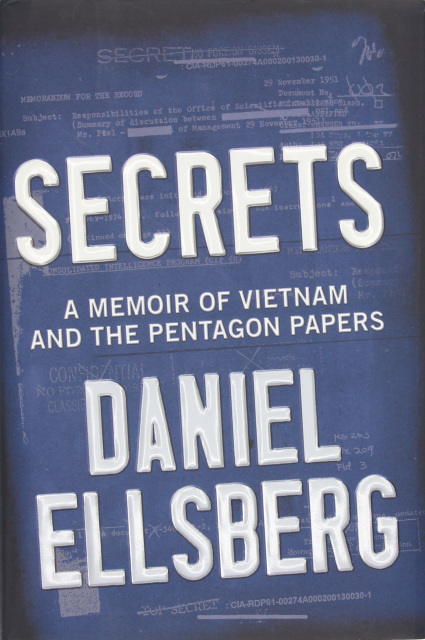 Secrets, A Memoir of Vietnam and the Pentagon Papers, Signed to Kim Basinger

[Signed to Kim Basinger] Ellsberg, Daniel. Secrets, A Memoir of Vietnam and the Pentagon Papers. First Edition. 2002. Book and dust jacket are both in very good condition. Book is warmly inscribed, “4-20-03, To Kim Basinger—with respect and thanks for your public stand against the Iraq War, Dan Ellsberg.” On that same page is Kim Basinger’s ownership signature.

Daniel Ellsberg relates his personal experiences at the eye of one of the most important political storms of the 20th Century—his release of seven thousand pages of government documents—the “Pentagon Papers.” In so doing, he helped end the Vietnam War, became the first chink in the armor that brought down the Nixon administration, and was the catalyst for a landmark Supreme Court decision on freedom of the press.