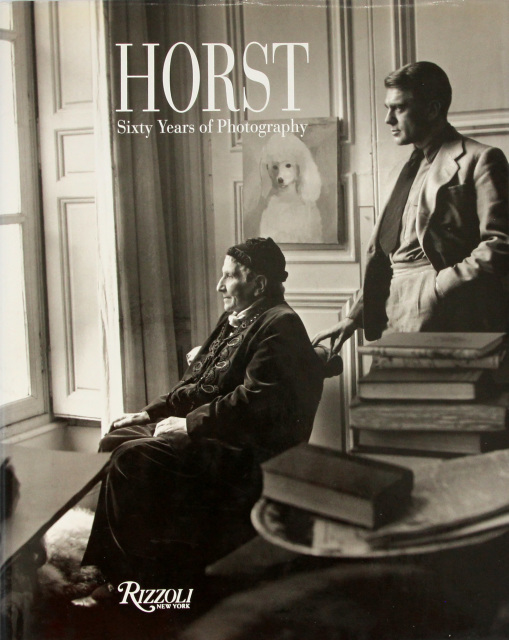 [Signed by Horst P. Horst] Kazmaier, Martin. Horst, Sixty Years of Photography. First Edition. 1981. Book and dust jacket are both in very good condition. Book is inscribed, “To Isabel, many thanks, Horst.” The inscription is in black marker that has yellowed with age (see product photos).

When this book went to press, Horst was the eminence grise of fashion and society photographers. But, what this book reminds us is that in his youth, he could just have easily been in front of the camera—he was incredibly handsome. Its cover shows a young and debonair Horst is standing behind Gertrude Stein. Moreover, the contents are just as great. This book is a quality Rizzoli production, with full-page plates in both b & w and color, depicting an assortment of 20th Century notables from the worlds of fashion, film, letters, society, etc.

“Horst is not a magician but an illusionist. His studio substitutes for the world. With the right props, the right light, he creates atmosphere, a personal ambience, before a few square metres of white screen in some New York or Paris studio.”