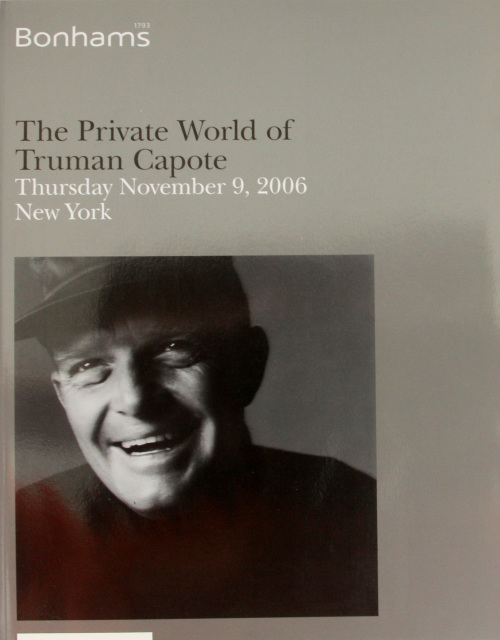 The Private World of Truman Capote

It contains items that Truman left to his close friend Joanne Carson. He spent several months each year with her at her home in Bel Air, which is actually where he was when he died. Included in the sale was an unfinished story on a spiral notebook that he had begun writing for her as a birthday present the day before he passed. Other items in the sale include handwritten notes, Tiffany jewelry, and items of his clothing. There are numerous photographs of Capote and his circle depicted in the catalogue, a few from his glory days and others from his bittersweet final years.

“Think of me as going to China.”