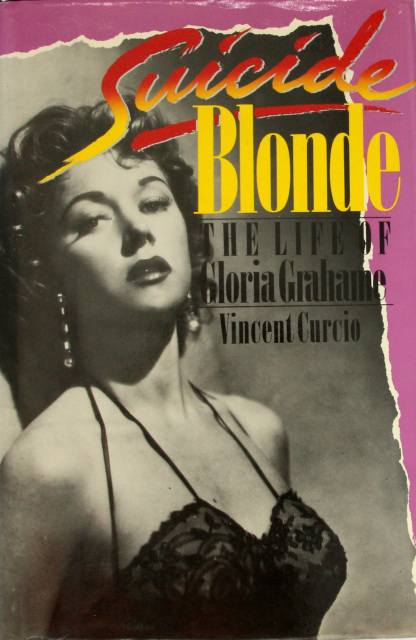 Of all the genres of classic Hollywood films, it is film noir, with its interest in the dark recesses of the human mind, that holds up the best today. And, no actress was more indispensable to film noir than Gloria Grahame. Typically in those films, her characters, though sympathetic and well-meaning, were femme fatales. As this biography, written by a friend, makes clear, those noir characters were not always so far removed from Grahame’s own life. Her second husband, the director Nicholas Ray, divorced her after discovering her in bed with his thirteen-year-old son from a previous marriage. Unfazed, Grahame waited a decade and then married the son, which left her son by Nicholas Ray in the awkward position of being half-sibling to his stepfather. Yet, this trivializing episode aside, there is much more to Grahame’s story, and even much to admire.

“I married Nicholas Ray, the director. People yawned. Later on I married his son, and from the press’s reaction—you’d have thought I was committing incest or robbing the cradle!”