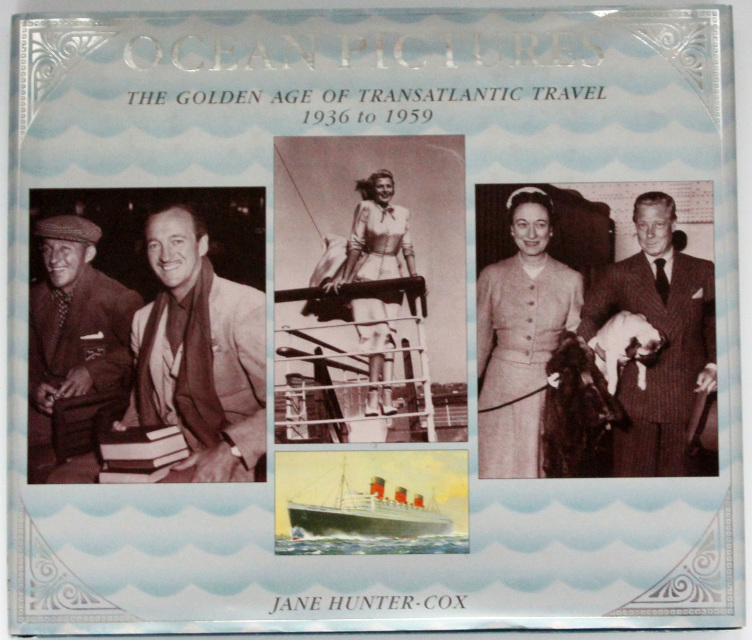 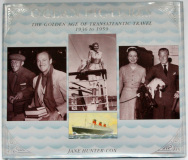 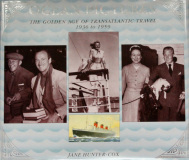 Ocean Pictures, The Golden Age of Transatlantic Travel, 1936 to 1959

Hunter-Cox, Jane. Ocean Pictures, The Golden Age of Transatlantic Travel, 1936 to 1959. First Edition. 1989. Book and dust jacket are both in very good condition.

This book gets its name from Ocean Pictures, the photography studio hired by the Cunard Line for public relations purposes to snap photos of the luminaries who were traveling across the Atlantic aboard the Queen Mary and the Queen Elizabeth. There is text as well, but the images tell the story, and what a glamorous one it is, whether it be the Duke and Duchess of Windsor walking their pugs, Winston Churchill nearly setting the ship on fire, or Richard Burton and Elizabeth Taylor making a rare appearance withDebbie Reynolds, from whom Taylor had notoriously poached the affections of Eddie Fisher.

“Noel Coward was one of the most frequent travellers on the Queens [Ocean Liners Queen Mary and Queen Elizabeth]. He was extremely popular with the passengers and crew for his great sense of humour and all-round social grace.”