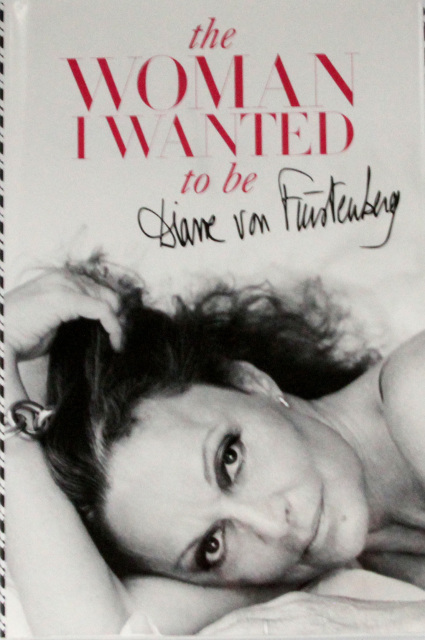 The Woman I Wanted to Be, Signed by Diane von Furstenberg

[Signed] von Furstenberg, Diane. The Woman I Wanted to Be. First Edition. 2014. Book and dust jacket are both in very good condition. Book is signed, “Love, Diane” on the title page.

From the moment she and her young husband, Prince Egon von Furstenberg, dazzled and energized New York society in the early 1970s (a foreshadowing of Studio 54’s disco society), Diane von Furstenberg has made a mark on her times, and they on her. In this, her second memoir, she offers not so much a second installment of her story as a reinterpretation of it. The theme is how the events in her life made her who she was, and how her readers might take inspiration from it.

“I’m grateful I never thought of myself as beautiful when I was young. We all fade somewhat as time goes on. Women who relied only on their beauty can feel invisible later in life.”