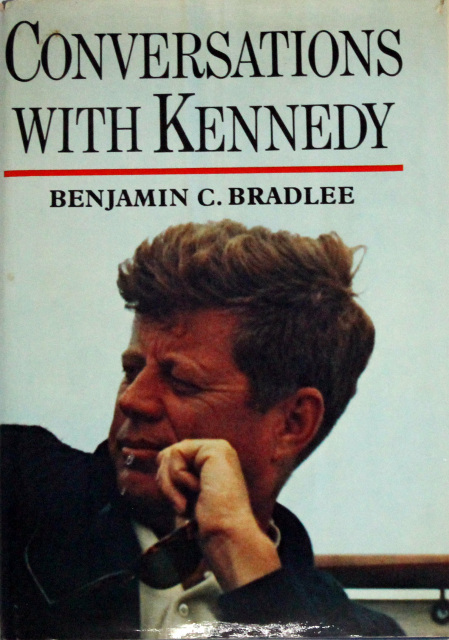 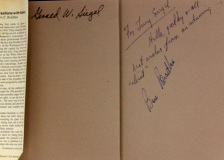 [Signed Presentation] Bradlee, Benjamin C. Conversations with Kennedy. First Edition. 1975. Book and dust jacket are both in very good condition—jacket is price-clipped and the front fold shows creasing. Book is warmly inscribed, “To Jerry Siegel, Hello, goodby & all best wishes from an admiring ‘client.’ Ben Bradlee.” Siegel’s ownership signature is on the page opposite.

Gerald W. “Jerry” Siegel was the vice-president and legal counsel for the Washington Post of which Bradlee was editor-in-chief, making this an important association copy. Politics, journalism, and friendship mix in this memoir of John F. Kennedy, drawn from the pages of Bradlee’s journal. It created a sensation at the time—not all positive—as some wondered whether Bradlee’s bond with Kennedy interfered with his reporting. Whatever the answer, posterity is the better for it. The book offers a nuanced and informal portrait of a man often inaccurately stereotyped as either forthright hero or unprincipled satyr—an important addition to the John F. Kennedy canon.

“Kennedy brought up Richard Nixon’s name, and said without vindictiveness that he felt the country was lucky that Nixon had not been president during the Cuban missile crisis.”