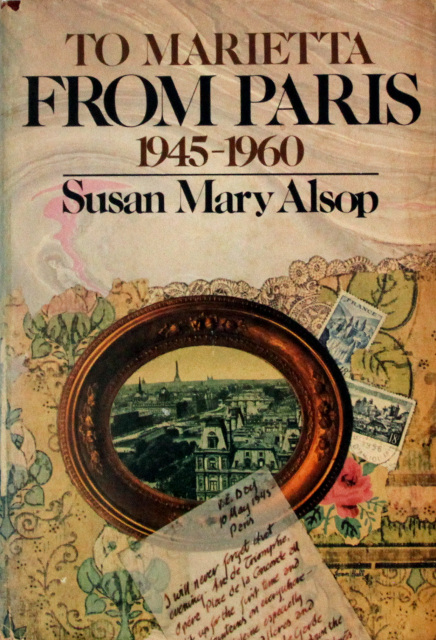 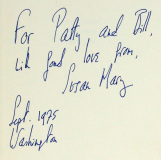 To Marietta from Paris, Signed by Susan Mary Alsop

[Signed] Alsop, Susan Mary. To Marietta from Paris. First Edition. 1975. Book and dust jacket are both in very good condition. Book is inscribed on the flyleaf, "For Patty and Bill, with fond love from, Susan Mary, Sept. 1975, Washington."

These letters were written primarily to Susan Mary Alsop’s friend Marietta Tree during the fifteen years Alsop lived in Paris as wife to an attaché at the American embassy (some of the letters were actually written to Alsop’s mother but for continuity, are not credited as such in the book). Though he was a mid-level diplomat, her lineage and lively wit placed them at pinnacle of Parisian society. These letters record Alsop’s transformation from a shy debutante to glamorous socialite. It is also a marvelous portrait of Paris in the post war period. Nancy Mitford was a close friend and immortalized Alsop her in a novel, Don’t Tell Alfred.

“Can you bear one more of my endless conversations with the Duke of Windsor? He is pitiful, looks young and undissipated, and the famous charm is still there but I never saw a man so bored.”