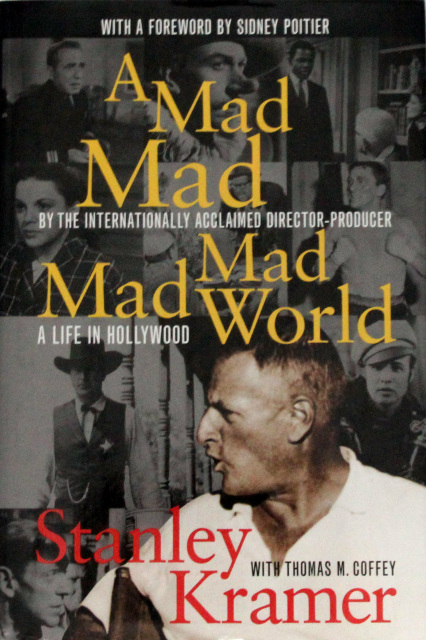 A Mad Mad Mad World, A Life in Hollywood, Signed by Stanley Kramer

[Signed] Kramer, Stanley. A Mad Mad Mad Mad World, A Life in Hollywood. First Edition. 1997. Book and dust jacket are both in very good condition. Kramer has boldly signed it “Stanley Kramer” in green marker on the flyleaf. Foreword by Sidney Poitier.

Stanley Kramer joked about his long streak of flops during his time on the lot at Columbia, but the truth is that the last picture he made there, The Caine Mutiny, was a blockbuster that recouped the losses from the earlier films. That quip, however, sets the self-deprecatory tone of this memoir from the great Hollywood producer/director who bridged the gap from the old studio system to the revolutionary, more realistic films of the sixties and seventies.

“The say people in Hollywood have short memories, and I hoped that was true when I contemplated my ten flops in a row at Columbia.”