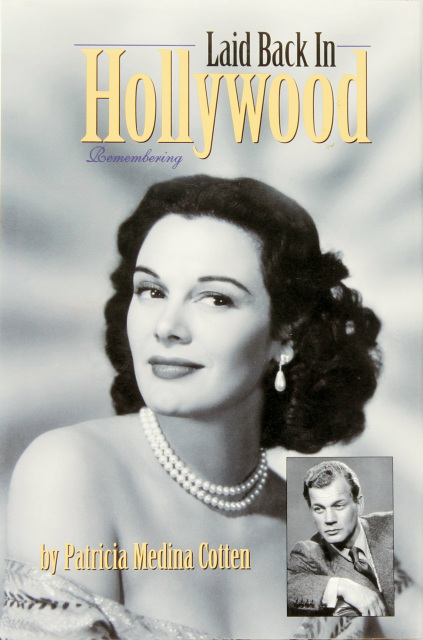 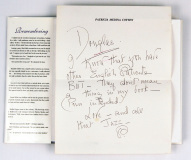 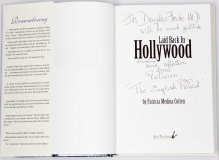 Laid Back in Hollywood, Signed by Patricia Medina Cotten

[Signed Presentation] Cotten, Patricia Medina. Laid Back in Hollywood. First Edition. 1998. Book and dust jacket are both in very good condition. Inscribed, “For Douglas Forde M.D., with so much gratitude and affection from Patricia, ‘The English Patient.’” A note from Cotton on her stationery is laid in.

There is a treasure trove of Hollywood social history in this memoir from the British film star who successfully made the transition to Hollywood. Cotten was the last to leave the legendary Garden of Allah before its demolition, even battling the Cleveland Wrecking Company to save her bungalow. In this memoir, she covers her career (her usual part: the femme fatale who would face a horrible comeuppance), her very active Hollywood social life, and her successful marriage to Joseph Cotten (Citizen Kane).

“I do remember that [Joseph Cotten and I] were married on the same day that Clifton Webb’s mother’s funeral took place. Many of the same guests attended both affairs. Since Mabel Webb’s funeral was in the morning and our wedding was in the evening, I told our lot to change clothes. With all respect to Clifton and Mabel, I thought it better that the guests didn’t attend our vows in funeral attire.”