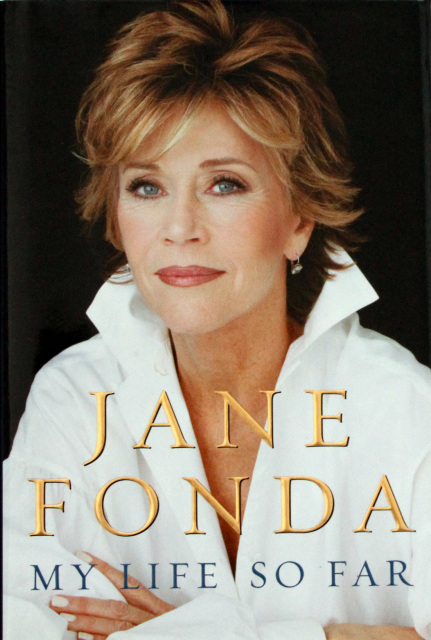 My Life So Far, Signed by Jane Fonda

[Signed] Fonda, Jane. My Life So Far. First Edition. 2005. Book and dust jacket are both in very good condition. Book is inscribed, “Charles [heart] Jane Fonda” on the flyleaf.

This is not just another Hollywood memoir. It is a full-fledged autobiography of one of filmdom’s legendary stars, whose entire life has been lived in the public eye—her birth famously disrupted the shooting schedule of the Bette Davis picture Jezebel, which co-starred Jane’s father Henry Fonda. The two-time Academy Award-winning actress writes with honesty and courage, as she recounts her privileged but turbulent childhood, her expatriate years with French film director Roger Vadim, her years of activism with Tom Hayden, and finally her third act, as the consort of media mogul Ted Turner.

“In retrospect I wonder about my insistence at continuing despite the danger. Yes, I was numb with exhaustion and pain. But more to the point is my character: To turn away out of fear is just about unthinkable.”