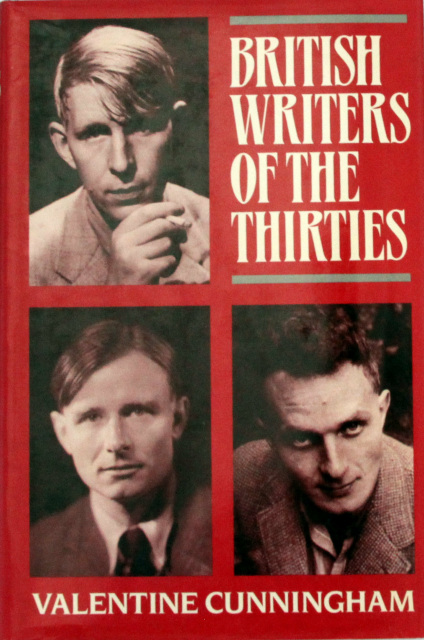 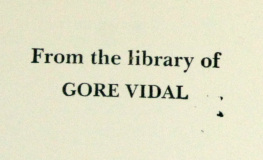 [Ex Libris Gore Vidal] Cunningham, Valentine. British Writers of the Thirties. First Edition. 1988. Book and dust jacket are both in very good condition—upper page edges show light foxing. Book is stamped “From the library of GORE VIDAL” on the flyleaf.

This book is a dense (but not impenetrable) study of the political, social, and economic themes of the 1930s—specifically, how they influenced and were influenced by the leading authors of that era. Two of the authors the book includes, Christopher Isherwood and Aldous Huxley, immigrated to America and became friendly with Gore Vidal, to whom this copy belonged. When this book was published in the 1980s, communism had begun to wobble, and Western-style democracy was on the rise. The themes it discusses seemed more artifact of the past than they did indispensable case history. Alas, history is no stranger to such reversals. Since then, there was a financial crash that rivaled the Great Depression that was then followed by the expected return to1930s-style fascism. As such, this book has more relevance than its readers in 1988 might have predicted (well, save for Gore Vidal, who took great pride in his own cynicism).

“Writers, I once heard Christopher Ricks allege, have very cooperative subconsciousnesses. So, it often appears, do their times.”