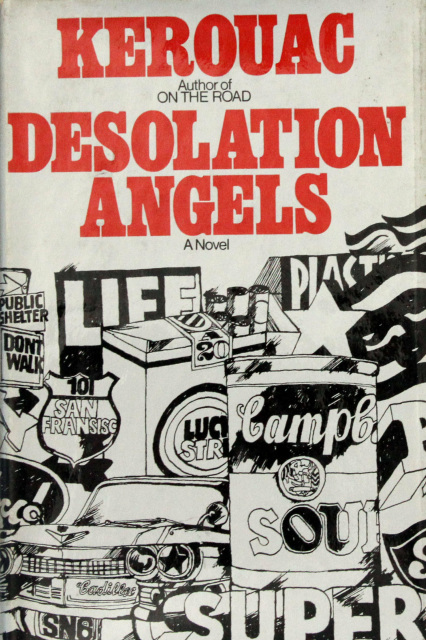 This semi-autobiographical novel is an installment in the Duluoz Legend series that also included On the Road. Though published a decade later, most of it was written in the era in which On the Road went to press. Its title is taken from Desolation Peak in the Cascades, where Kerouac worked as a fire ranger. The book covers Kerouac’s growing disenchantment with Buddhism and his subsequent re-emergence into the counter-culture world of the Beats. Though straight, Kerouac had a dalliance with Gore Vidal, to whom this copy belonged, and in Kerouac’s novel, The Subterraneans, the Arial Lavalina character is based upon Vidal. How fortunate that Vidal purchased the English edition of this title—its pop art-inspired dust jacket has withstood the test of time far better than the American one (whose design seems to have been the prototype for all those banal movie tie-in editions from the 1970s).