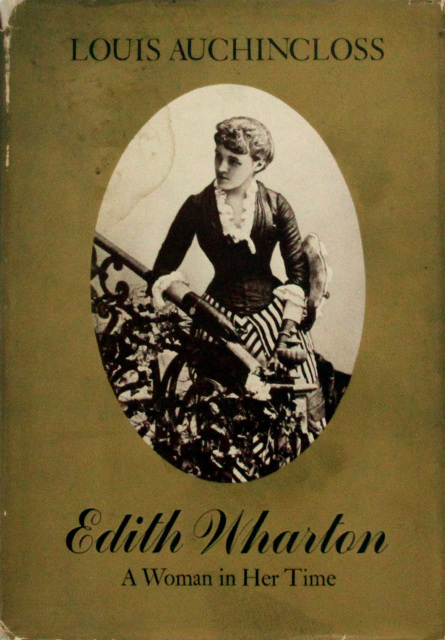 [Ex Libris Gore Vidal] Auchincloss, Louis. Edith Wharton. First Edition. 1971. Book and dust jacket are both in good plus condition—seam has been repaired with archival tape, and jacket shows staining, fraying, and light chipping. Book is stamped “From the library of GORE VIDAL” on the flyleaf.

The late 1960s were a revolutionary time. It seemed as if all the old rules of society had collapsed. We now understand those rules were more resilient than was then imagined. It was in this era that Louis Auchincloss wrote this illustrated book on Edith Wharton, an author who just a rung under Tolstoy or Proust in understanding the confounding paradoxes of human nature, in which society is both impenetrable wall and easily navigated fence. Yet, in 1971, we thought that society had gone away for good, and Wharton was out of fashion. Auchincloss debunks that in this book, making the case for her continued relevance. We now know he was correct. Yes, the 1960s changed everything, but they also changed nothing. Society behaved as it always had and always will. As such, Edith Wharton is as relevant (and as readable) now as she was a century ago, and what better place to start with her than this concise and well-illustrated book. This copy is from the library of Gore Vidal, whose mother married into the Auchincloss family.

“If anyone says that what [Edith Wharton] did was not worth doing, I can only answer that the society of which she wrote was an integral part of the American dream—the American myth—the American illusion.”