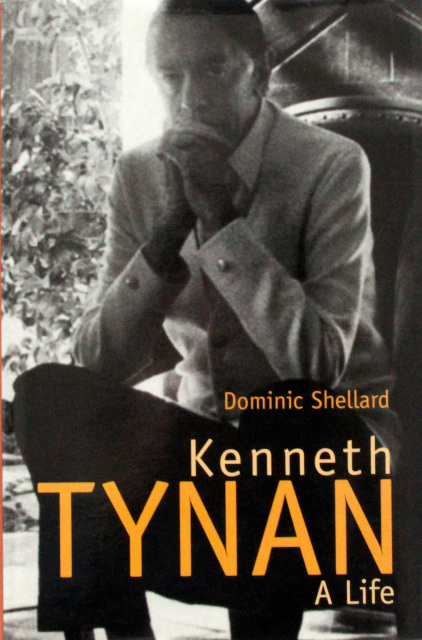 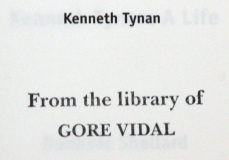 [Ex Libris Gore Vidal] Shellard, Dominic. Kenneth Tynan, A Life. First Edition. 2003. Book and dust jacket are both in very good condition. Book is stamped “From the library of GORE VIDAL” on the half title page.

Of his friend Kenneth Tynan, Gore Vidal commented, “Oh, he was difficult in private relations! But he was made for public occasions.” Alas, there was a duality about the great English theatre critic in both his personal and professional pursuits. This biography covers his formative years when he catapulted from university to well-known and respected theatre reviewer, his partnership at the National Theatre with Laurence Olivier, and also his colorful personal life, of which he was unapologetic (which translated better in the “Me” generation 1970s than it does in the #MeToo-era present). Gore Vidal, to whom this copy belonged, appears in three passages in the book.

“The Tynans had immediately joined the Hollywood set on their arrival in Santa Monica, and were regularly invited to the smartest parties (Gore Vidal’s, at the end of January, included Paul Newman, Bianca Jagger, Johnny Carson, Billy Wilder, Tony Richardson, and Christopher Isherwood).”