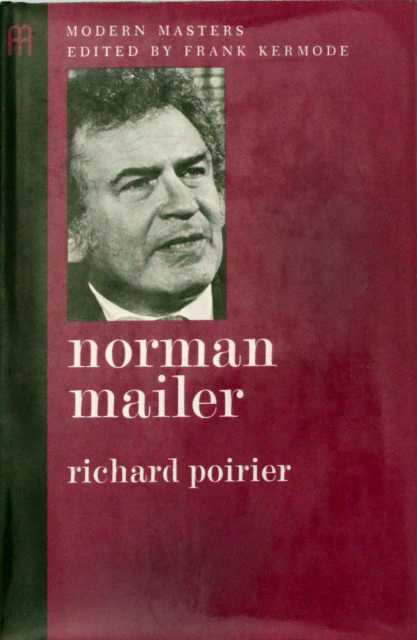 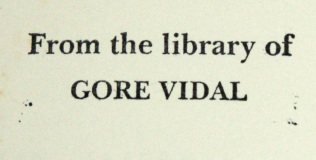 [Ex Libris Gore Vidal] Poirier, Richard. Norman Mailer. First Edition. 1972. Book and dust jacket are both in very good condition—jacket shows mild fraying to the upper spine. Book is stamped “From the library of GORE VIDAL” on the flyleaf.

This critical appraisal of Norman Mailer was part of the Fontana Modern Masters series that covered writers, philosophers, and other intellectuals of the 20th Century. It is a small book—less than two hundred pages—but it nevertheless captures Mailer’s vast intellect. Mailer was an occasional nemesis of Gore Vidal to whom this copy belonged. Mailer once encountered him at a party and punched him as retribution for a bad book review. They also publicly quarreled on the Dick Cavett Show, which was famously broken up when Janet Flanner, the third guest, exclaimed, “You’re boring me!”

“Form is the record of every intent of the soul to express itself upon another soul or spirit, its desire to reveal the shape—which is to say the mystery of the time it contains in itself.”