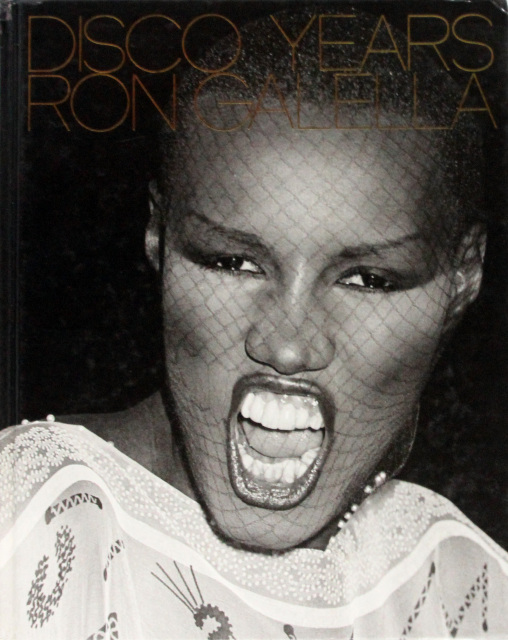 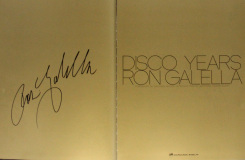 [Signed] Galella, Ron. Disco Years. First Edition. 2006. Hardcover with pictorial front cover; no dust jacket (as issued). It is in very good minus condition—the corners of the cover are slightly upturned, and there is a repaired tear to the upper left front corner. Book is boldly signed “Ron Galella” on the page opposite the title page. Foreword by Michael Musto. Introduction to Anthony Haden Guest.

It is nearly impossible to recapture the magic of party or a nightclub, no matter how descriptive the writing or vivid the photographs. Yet, in their totality, the photos in this book comes close, and Michael Musto’s introduction adds insider panache. The covers Studio 54 regulars like Diane von Furstenberg, Andy Warhol, Halston, Truman Capote, and Bianca Jagger as well as the partygoers who frequented the mega clubs that followed Studio 54.

“Even more tragically for me (and Bianca and Halston and Warhol), Studio 54 closed in 1980, after Rubell and co-owner Ian Schrager were busted for skimming all that beautiful dough. Poetically enough, their deception put an end to everyone’s debauchery, and we all fell into the volcano we’d been dancing on the edge of.”