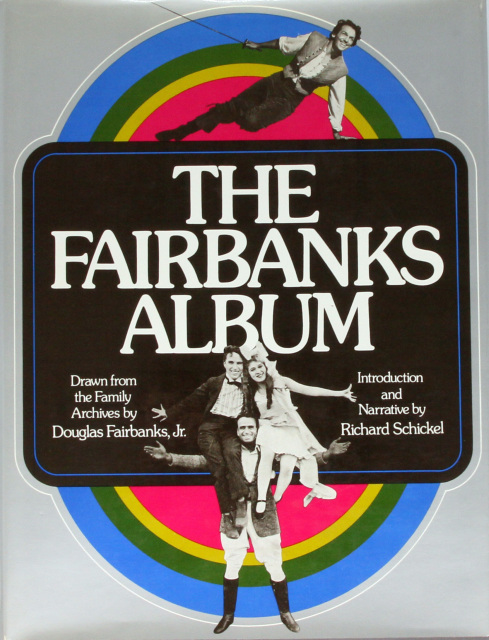 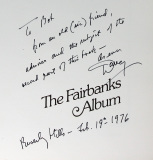 [Signed by Douglas Fairbanks, Jr.] Schickel, Richard. The Fairbanks Album. First Edition. 1975. Book and dust jacket are both in very good condition. Book is warmly inscribed, “To Bob, from an old friend, admirer and the subject of the second part of this book—As ever, Doug, Beverly Hills, Feb. 19th 1976.”

The concept of “Hollywood Royalty” basically originated with Douglas Fairbanks and Mary Pickford, and it was said that an invitation to their Beverly Hills home was considered no less of an honor than one to Buckingham Palace. This scrapbook-style monograph documents their reign and that of his son and her stepson (with whom she remained friendly even after she divorced his father), Douglas Fairbanks, Jr. Though he never became the box office phenomena that his father once was, the section on Douglas, Jr. is just as interesting. He had a long and respectable career in Hollywood and a star-crossed celebrity marriage of his own to Joan Crawford.

“My father and Mary Pickford were the reigning stars of not just Hollywood but the world.”