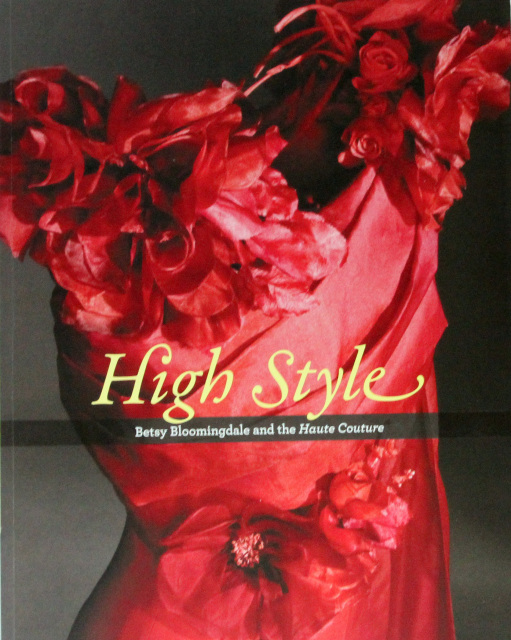 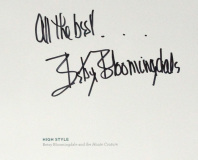 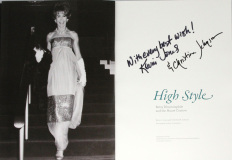 Betsy Bloomingdale was to Los Angeles what Lynn Wyatt was to Texas or Denise Hale was to San Francisco—a social personality that, in spite of never relocating to New York City, was firmly entrenched among the A-List nouvelle society types whose Palace of Versailles was Reagan-era Manhattan. She certainly had the clothes for it, having begun buying Paris couture in the early 1960s—two decades prior to her best friend Nancy Reagan’s emergence as the most glamorous First Lady since Camelot. Bloomingdale donated over one hundred couture ensembles by Dior, Givenchy, Karl Lagerfeld for Chanel, etc. to the FIDM Museum in Los Angeles. Those pieces were included in a 2009 exhibition for which this fifty-page book was the catalogue.

“Betsy Bloomingdale … was inaugurated into the [Best-Dressed List] Hall of Fame in 1970. This accomplishment was not only due to the fact that she ordered couture from the leading fashion houses, or appeared at certain social functions, but also because Betsy maintained a strict discipline according to what suited her body type, comfort level, and occasion.”