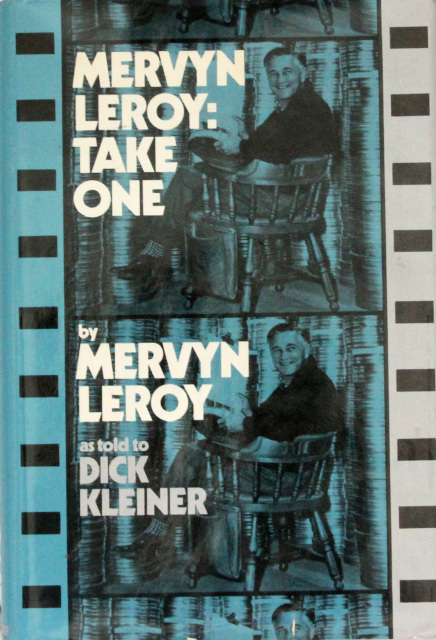 In this autobiography by one of golden age Hollywood’s great producer/directors, Mervyn LeRoy explains how both an earthquake and a tornado figured prominently in his career. The earthquake was the 1906 one in San Francisco. It destroyed the department store owned by his father, which left his family destitute and set him on a path to Hollywood (by way of vaudeville). The tornado was the one in The Wizard of Oz, the film for which LeRoy is now best remembered. It was LeRoy who insisted the relatively unknown Judy Garland be cast instead of Shirley Temple, and also that “Somewhere Over the Rainbow” remain in the film even though the song was disliked by test audiences. The book also includes his discovery of Lana Turner (he was looking for an innocent who could also convey sexual charisma, and he struck gold), his presidential matchmaking (he set up Ronald and Nancy Reagan on their first date), and his dealings with the great Hollywood moguls (Samuel Goldwyn, Jack Warner, and Louis B. Mayer).

“Too often, I feel, pictures are cast with only the major roles carefully thought out, but I’ve always believed that even the smallest parts must be cast with equal care.”