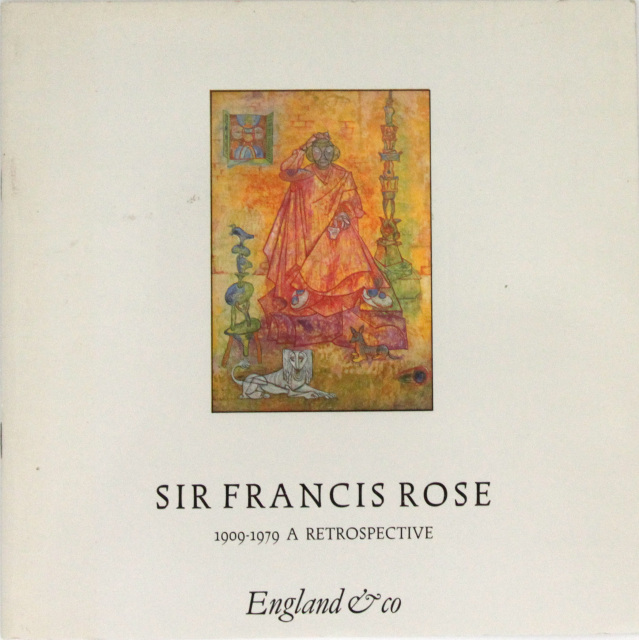 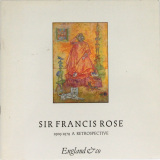 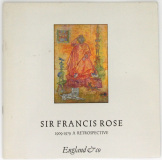 This uncommon twenty-four page booklet from a retrospective exhibition on the British surrealist Francis Rose contains essays on Rose by Robert Bryan, Dorothy Carrington (Sir Francis’s ex-wife), Michael de Cossart, and David Stoker. It of course includes reproductions of Sir Francis’s work (in color and black & white), but the reason to purchase this book are the essays, which put the enigmatic Sir Francis and his autobiography, Saying Life, into better focus. Sir Francis was a magnificent shooting star who fell to earth with a tremendous thud. He deserves a proper biography, and undoubtedly, he will one day get one. Until then, there is this uncommon catalogue, his own book, and mentions in the writings of better published 20th Century personalities, such as the diaries of Cecil Beaton and Samuel Seward’s Parisian Lives (which is a thinly disguised novel about Sir Francis’s life that is more factual than Sir Francis’s own autobiography).

“[A]s an artist, Francis [Rose sailed] against the wind. The prevailing post-war fashion for abstract art was alien to his nature, and though he executed some admirable pictures in this genre, they contain, I feel, little of his authentic personality.”