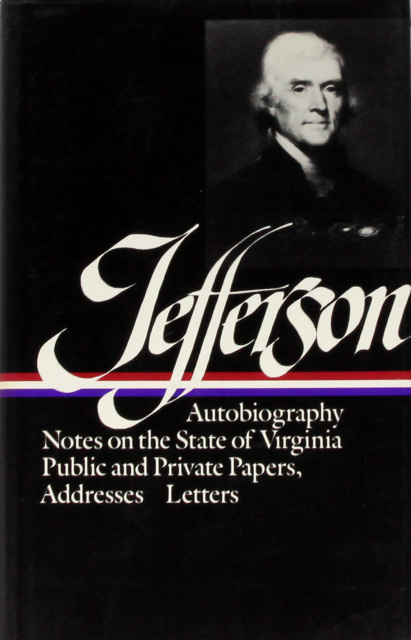 [Ex Libris Gore Vidal] Jefferson, Thomas. Thomas Jefferson, Writings. The Library of America Edition. Twelfth Printing. 1984. Book and dust jacket are both in very good condition. Book is stamped “From the library of GORE VIDAL” on the flyleaf.

Thomas Jefferson, the subject of this book, was an occasional subject for Gore Vidal, to whom this copy belonged. Jefferson was one of the historical figures Gore Vidal portrayed in his novel, Burr, the first book in his Narratives of Empire series. Jefferson nearly lost the presidency to Aaron Burr in the 1800 election, and thus, is a pivotal character in Burr (the novel). This book itself is a collection of Jefferson’s writings including his autobiography, his correspondence, and the Declaration of Independence.