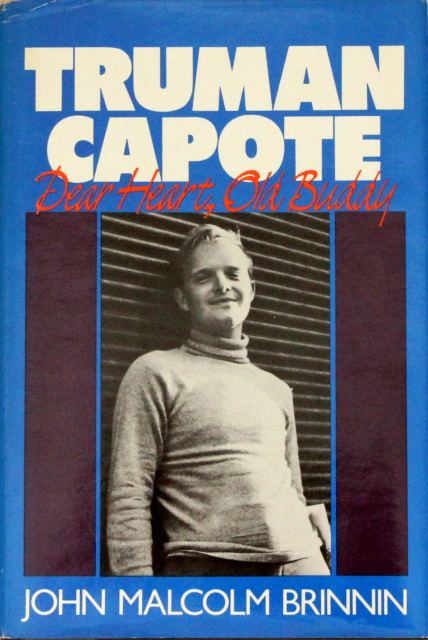 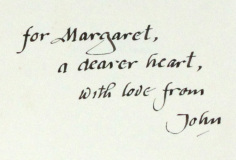 [Signed Presentation] Brinnin, John Malcolm. Truman Capote, Dear Heart, Old Buddy. First Edition. 1981. Book and dust jacket are both in very good condition. It is signed on the flyleaf, “For Margaret, a dearer heart, with love from John.”

Unlike his lifelong friend Truman Capote, John Malcolm Brinnin was never a household name. However, he was known and well-respected in literary circles. He and Capote became close when both were in the artist residency program at the legendary Yaddo in Upstate New York in 1946. Like nearly all those in residence at that time, Brinnin became enchanted—bewitched really—by the twenty-two-year-old Capote’s extraordinary charm. For the next forty years, Brinnin watched from the sidelines, observing helplessly as that charm took on a life of its own that slowly overtook Capote’s talent and eventually destroyed not only it but his Capote’s health as well, which Brinnin recounts in this compelling memoir.

“The best parody of Truman remained Truman himself … until he lost control of it.”