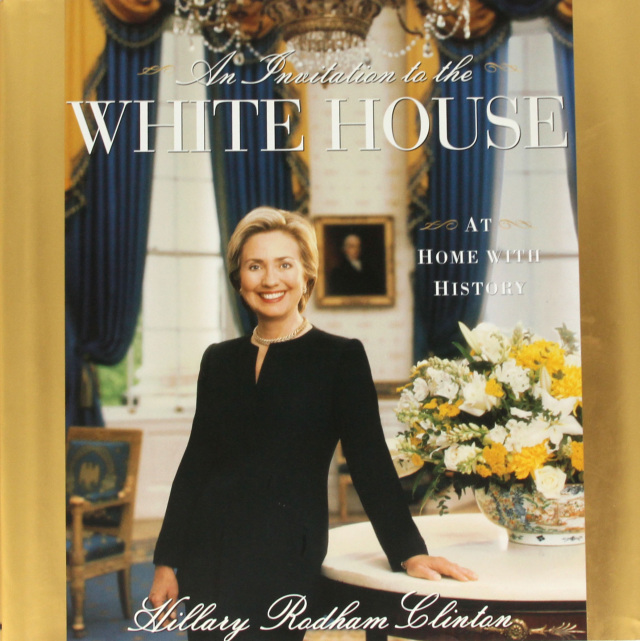 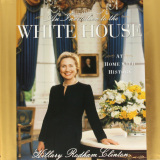 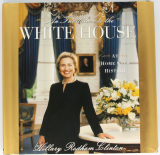 An Invitation to the White House, Signed by Hillary Clinton

[Signed by Hillary Clinton] Clinton, Hillary. An Invitation to the White House, At Home with History. Fourth Printing. 2000. Book and dust jacket are both in very good condition—there is a diagonal crease to a few pages, including the signature page. Book is signed “Hillary Rodham Clinton” to a bookplate affixed to the flyleaf.

This glossy coffee table book marked a momentous time in Hillary Clinton’s life. It was published at the end of her eight years as the nation’s first lady and immediately after she had been won a seat in the Senate (she waited until after the election to release it). Politics take a back seat to pageantry and culture in this book, however, as Mrs. Clinton relates the history of the White House (then celebrating its two hundredth anniversary) and her minor adaptations to suit the times, one of which was a transition from French to American service at State Dinners. The book includes over three hundred fifty photographs (many of which reveal a glamorous, softer side of the Mrs. Clinton that does not quite comport with her public image), menus and invitations from State Dinners, and fifty recipes from the White House kitchens.

“With every State Visit we are reminded of the depths of our alliances and the core values, such as freedom and democracy, that are our most valuable exports.”