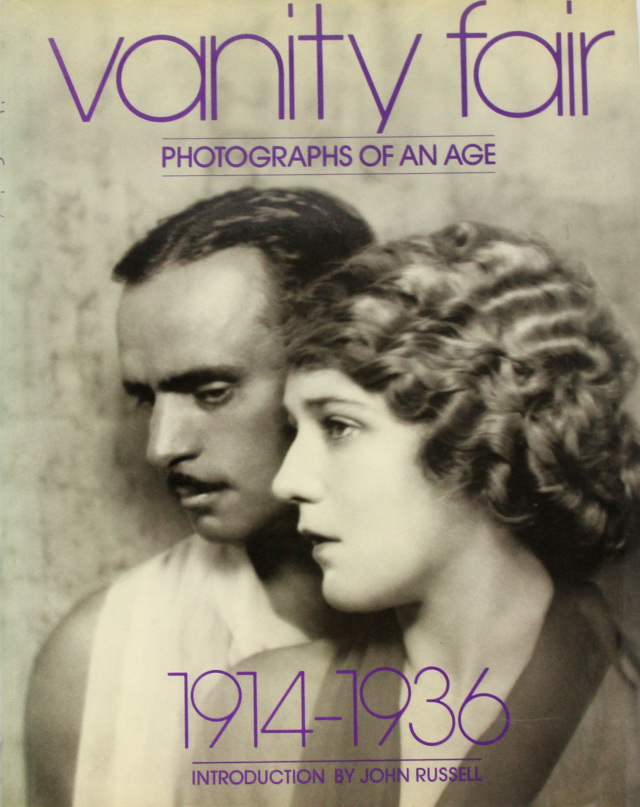 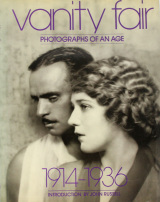 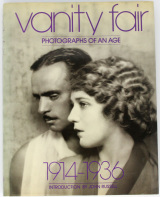 [Signed to Louise Hirschfeld, wife of Al Hirschfeld] Russell, John (intro). Vanity Fair, Photographs of an Age, 1914-1936. Second Printing. 1982. Book and dust jacket are both in very good condition. It is signed “For Louise, with love from John Russell, 1982.” Edited by Diana Edkins Richardson.

This compendium of photographs shot for the first incarnation of Vanity Fair (1914-1936) went to press around the time that its second was being launched. It was evidence that Tina Brown (who became editor-in-chief in 1984) was not the first VF editor to capture the zeitgeist. Frank Crowninshield beat her to it by seventy years. His roster of photographers, who then were undervalued but we now know to be among the greats, included Alfred Stieglitz, Baron de Meyer, and Edward Steichen. The book includes portraits of nearly all the same types one sees in Vanity Fair today—writers, artists, performers, politicians, business moguls, et al.