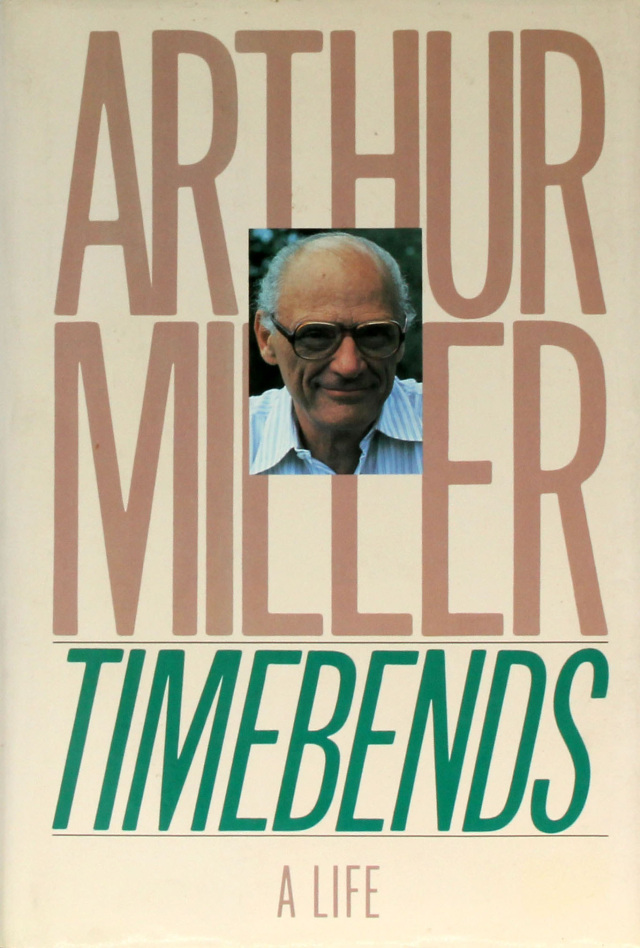 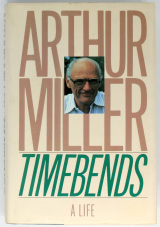 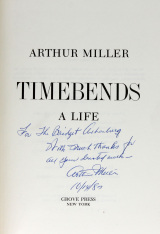 Timebends, A Life, Signed by Arthur Miller to His Agent

“The difficulty of understanding human illusion is the difficulty of discovering its premises, the logic of the illogical,” wrote Arthur Miller wrote in this full-fledged (and fascinating) autobiography. The Death of a Salesman playwright was intensely aware of life’s irreconcilable paradoxes, and in this book, he does an impressive job of making sense of them. The section on his marriage to Marilyn Monroe is particularly good (if ever there was a paradox, it was a Marilyn), as is his assessment of the moral challenge he faced when ordered to appear to name names for the House Un-American Activities Committee during the Red Scare. He had long since come to grips with the brutalities of the Soviet Union and had little sympathy for Communism, but as a matter of personal integrity, he was incapable of cooperating with the Committee. Alas, his marriage to the all-American movie star Marilyn Monroe dispelled any suggestion that he was un-American, and his career took only a minor hit as result.

“I simply could not believe that anything I knew or any individual I could name was in the remotest sense a danger to democracy in America. My real view of American Communists was of a sect that might as well be praying somewhere in the Himalayas for all the relevance they had to any motion in the American world.”