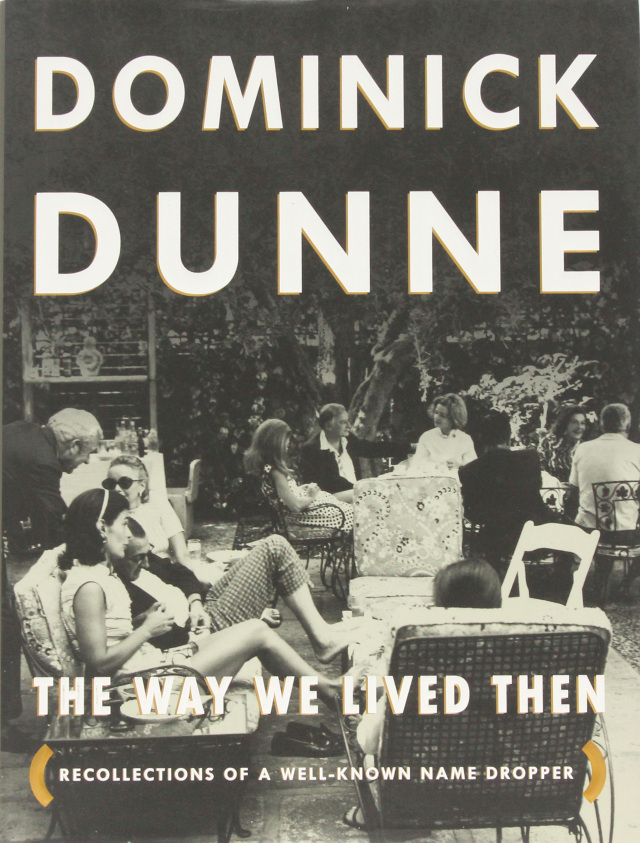 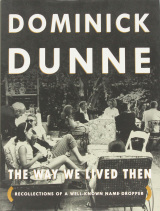 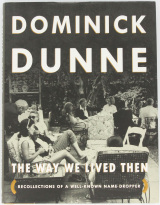 The Way We Lived Then, Signed by Dominick Dunne to Elizabeth Taylor

[Signed Presentation to Elizabeth Taylor] Dunne, Dominick. The Way We Lived Then, Recollections of a Well-Known Name Dropper. First Edition. 1999. Book and dust jacket are both in very good condition. On the title page, the book is warmly inscribed, “For darling Elizabeth Taylor who appears in this book, with love, Dominick Dunne.” Laid in is an item description and tag from “The Lifestyle of Elizabeth Taylor” sale held at Julien’s Auctions in Beverly Hills, California.

Elizabeth Taylor appears nine times in this and stylish and image-filled book about life among the beautiful people in mid-20th Century Beverly Hills. Prior to chronicling the criminal acts of the rich and famous for Vanity Fair, Dominick Dunne was a Hollywood producer. In that field, he had some success, but even then, his forte was society. It was not his films that made his West Coast years so memorable. It was his glittering social life. How fortunate for posterity that he was an avid photographer. He and his lovely life Lenny were known for their charm and the success of the soirees they hosted at their home on Walden Drive. One of the films Dunne produced starred Elizabeth Taylor. On its European location shoot, he got to know her quite well and writes about her admiringly in this book. Moreover, in his potboiler roman à clef, An Inconvenient Woman, she was the basis for one of the characters (Faye Converse).

“The Burtons, as Richard and Elizabeth were referred to, were without a doubt the most glamorous couple I have ever met. Being with them was like being in a state of almost surreal celebrity. Elizabeth was at the peak of her great beauty, and she and Richard drew vast crowds whenever they appeared in public. They understood the obligations of fame.”