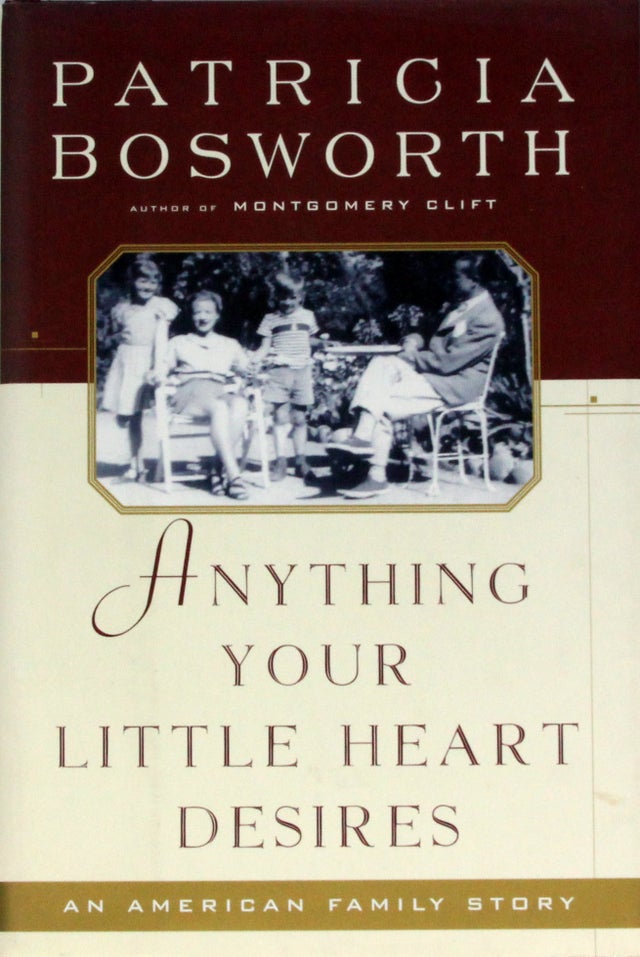 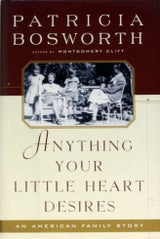 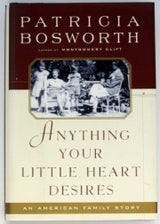 Anything Your Little Heart Desires, Signed to Ring Lardner

In 1958, Patricia Bosworth nearly died of a blood hemorrhage while in Rome filming The Nun’s Story with Audrey Hepburn. A compassionate real-life nun rushed her to the hospital, and when Bosworth survived, the num proclaimed her life was spared for a reason, that she had been “saved for something.” That something might well be this book—a fascinating memoir only she could have written. It is the story of her dazzling and charismatic parents as they surfed the waves of the 20th Century until they ultimately drowned in them. Bosworth’s father was Bart Crum, a prominent San Francisco attorney who got his start working for William Randolph Hearst. In 1940, he was the West Coast campaign chief for Republican presidential nominee Wendell Willkie. A decade later, Crum represented members of the Hollywood Ten before the House Committee on Un-American Activities (much to the chagrin of J. Edgar Hoover’s FBI who thereafter subjected Crum to constant surveillance). Ring Lardner, Jr., to whom this copy is inscribed, was an Academy Award-winning screenwriter and one of the Hollywood Ten who is mentioned in the book.

“’We were all so optimistic. We didn’t realize our careers were about to be ruined.’”