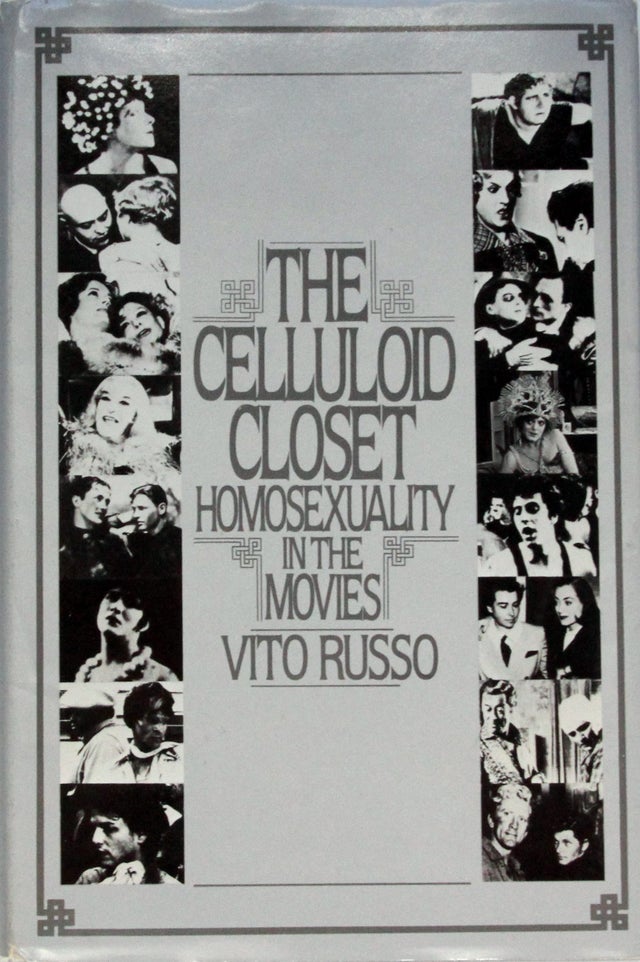 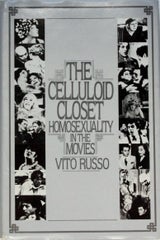 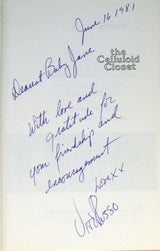 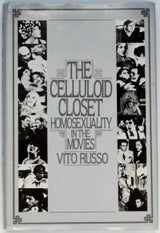 [Signed to Baby Jane Dexter] Russo, Vito. The Celluloid Closet, Homosexuality in the Movies. First Edition. 1981. Book and dust jacket are both in very good condition—there is a small tear to one of the pages, and dust jacket shows edgewear and a repaired tear to the rear flap. Book is warmly inscribed, “June 16 1981, Dearest Baby Jane, With love and gratitude for your friendship and encouragement. Love xx, Vito Russo.”

It is impossible to overstate how important this book was to the nascent gay rights movement. Yet, it is not an intellectual polemic. It is, at times, hilarious. Yet, it is also infuriating, as film historian Russo exposes the collusion of religious organizations, conservative politicians, and movie studio executives in thwarting positive portrayals of gays on screen. Fortunately, the censors lacked the sophistication to succeed. Innuendo was above their pay grade. It was frequently to comic effect, such as when screenwriter Gore Vidal wrote in an implied gay relationship for Charleton Heston in Ben-Hur that was obvious to anyone (in the know) but not to the actor himself—he played it straight (so to speak). This copy is signed to one of Russo’s closet friends, the cabaret singer Baby Jane Dexter.

“At the end of Federico Fellini’s La Dolce Vita (1960), a drugged transvestite hits the beach and screams ‘By the end of the year 2000 the whole world will be homosexual!’ To America, however, homosexuality was still something you did in the dark or in Europe—preferably both.”