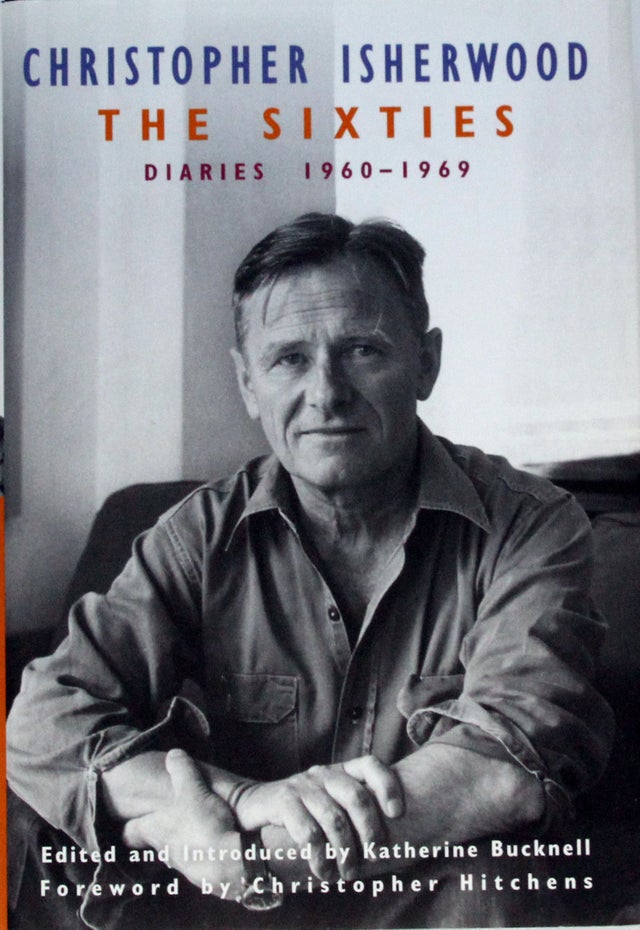 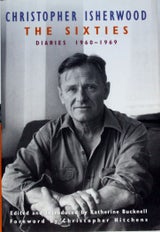 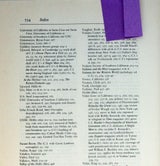 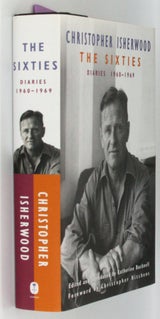 [Ex Libris Gore Vidal] Bucknell, Katherine (ed.) Christopher Isherwood, The Sixties, Diaries 1960-1969. First American Edition. 2010. Book and dust jacket are both in very good condition. Book is stamped “From the library of GORE VIDAL” on the flyleaf. Vidal as placed a post-it on his page in the book's index.

This is the second of three volumes of Isherwood’s published diaries. The author was in his mid-fifties as the 1960s began but as active as ever (lending credence to Victor Hugo’s theory that one’s fifties are the youth of old age). This was the decade in which Isherwood’s celebrity increased beyond the literati, as Cabaret—an adaptation of his Berlin Stories—became a smash hit on Broadway. Gore Vidal, to whom this copy belonged makes intermittent appearances in the book, most notably when Isherwood notes that he has dedicated his novella, A Single Man, to Gore.

“Saw Gore Vidal last night. He is in town for a few days only. He keeps visiting at the White House. He thinks Kennedy is the most normal president we have had this century. That he is calm and undismayed and that he still enjoys his job, despite all the headaches. Kennedy wants him to be his Minister of Culture, if Gore can figure out what a Ministry of Culture should do. Kennedy is well aware that Gore’s private life might be brought up—but, as Gore says, really there is nothing concrete to bring up except his novels. So maybe it will go through.”