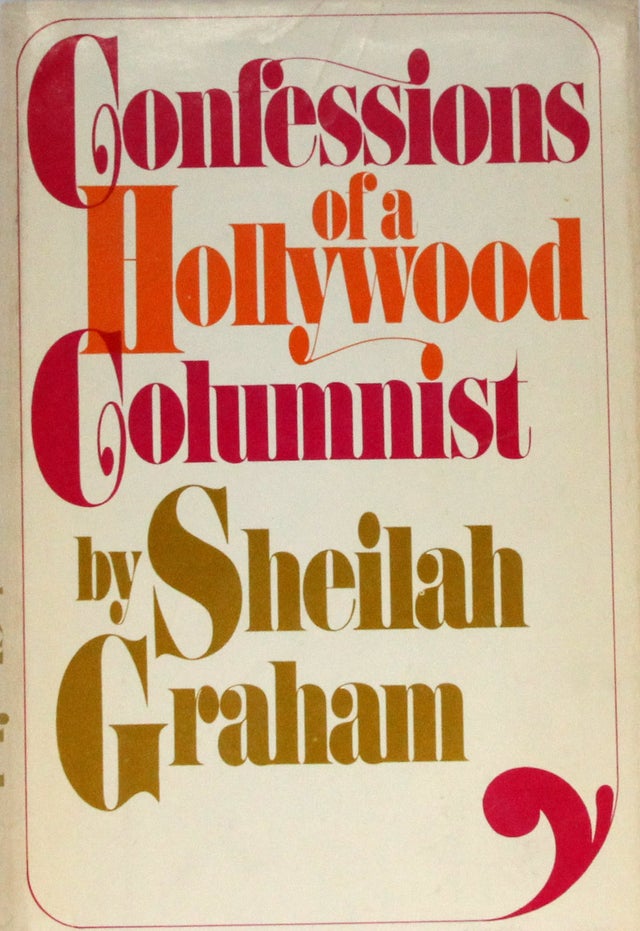 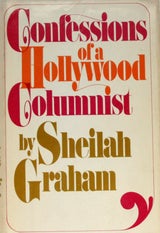 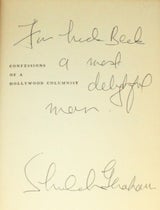 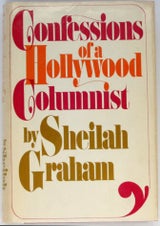 Confessions of a Hollywood Columnist, Signed by Sheilah Graham

[Signed] Graham, Sheilah. Confessions of a Hollywood Columnist. First Edition. 1969. Book and dust jacket are both in very good condition. It is warmly inscribed, “For ****, a most delightful man, Sheilah Graham.”

Sheilah Graham’s first scoop was the Douglas Fairbanks/Mary Pickford divorce. That was a later start than either Hedda Hopper and Louella Parsons, but she outlasted them. By the 1960s, her column was the most powerful. In this book, she discusses all the principal movers and shakers in Hollywood from the thirties to the sixties, including Richard Burton and Elizabeth Taylor, Humphrey Bogart, Katharine Hepburn and Spencer Tracy, Ronald Reagan (at the time this book went to press, recently elected Governor Reagan), Cary Grant, the Fonda family acting dynasty, and much more. Graham’s strength is her objectivity (she lacked the malice of Hedda Hopper) and as such, is a more reliable commentator on the big stories that rocked Hollywood.

“The main industry of Hollywood has never been the making of films or even television. It is gossip.”