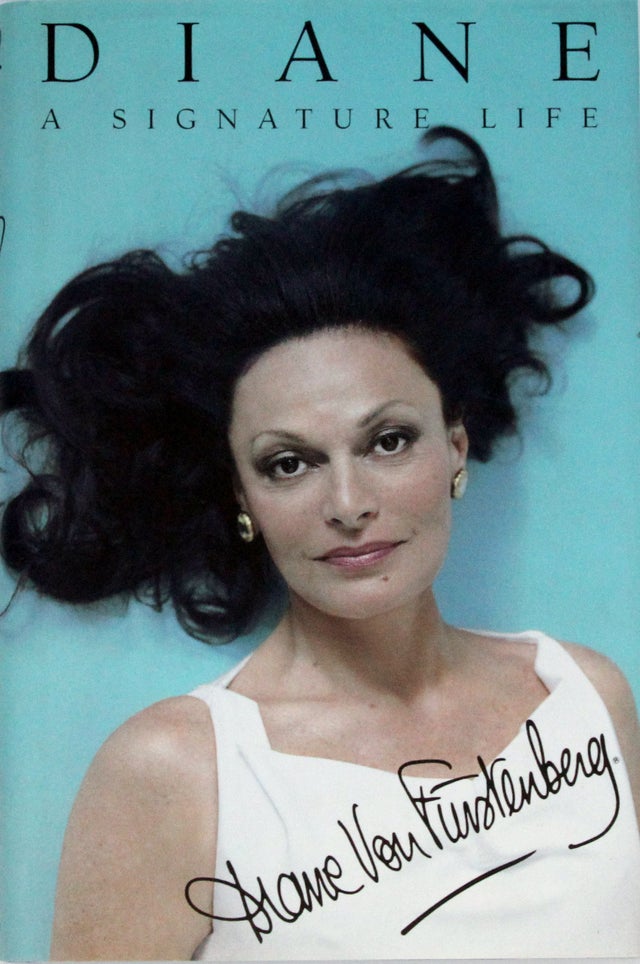 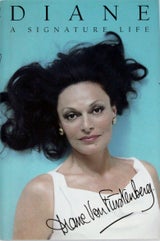 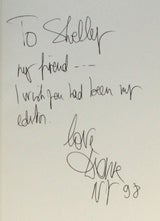 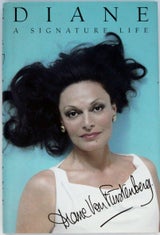 [Signed to Shelley Wanger] Furstenberg, Diane von. Diane, A Signature Life. First Edition. 1998. Book and dust jacket are both in very good condition. Book is inscribed, “To Shelley, my friend --- I wish you had been my editor.”

As is true of Coco Chanel (to whom she is occasionally compared), it is missing the point to categorize Diane von Furstenberg as mere fashion designer. Like Chanel, von Furstenberg captured the zeitgeist. Her wrap dresses and disco-chic lifestyle were as emblematic to the1970s as Chanel’s minimalist fashion were to the 1920s. DVF is one of the best examples of how femininity and liberation are not necessarily incompatible. In this memoir (her first of two), she relates the improbable story of how the daughter of Holocaust survivor became the princess of a German principality and from there, pivoted onto the world stage. The editor Shelley Wanger, to whom this copy is signed, is mentioned in the text (p. 206).

“There has always been a side of me that likes to think I would do anything for love. The idea of characters like Anna Karenina and Emma Bovary is appealing to me …”