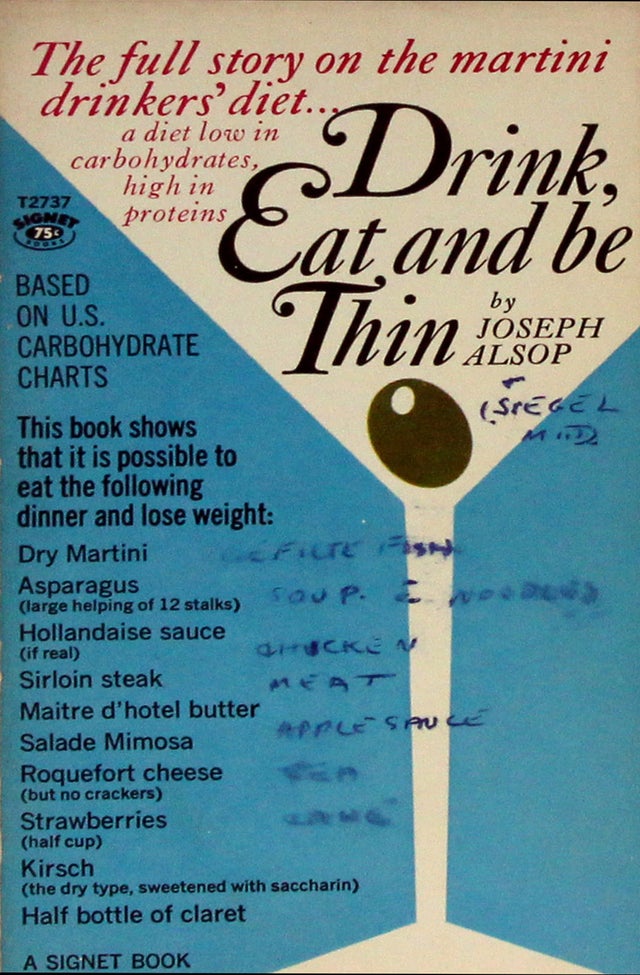 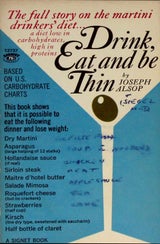 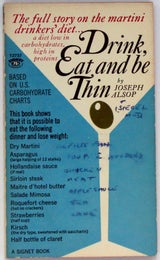 Drink, Eat and be Thin by Joseph Alsop

Alsop, Joseph. Drink, Eat and be Thin. Mass Paperback. 1965. Book is in good minus condition—there are handwritten recipe notes on the front cover, and pages have yellowed with age and have occasional minor tears.

A precursor to Atkins, this early diet book by the famed Washington, D.C. columnist was decades ahead of its time. Alsop, who had always trouble with his weight, went on a low carbohydrate program advocated by the deputy surgeon general of the U.S. Air Force. It was a resounding success, and a delightful one for Alsop, because it permitted him a daily martini and a half bottle of claret. He sought to enlighten others, advising them that dietary fat was not the bogey man. His obscure book (copies are scarce) was not match for the Sugar Research Foundation, which, in 1967, began its successful media campaign to convince the public that fat, not carbohydrates, were the cause of obesity (and we all know how well that worked out).

“The cocktail hour, now so drearily interminable in most American houses, is the moment of maximum danger. One stands around forever with nothing to eat but horrible canapés …. The simplest measure of self-protection is to eat a piece or two of bacon before going out to dinner.”