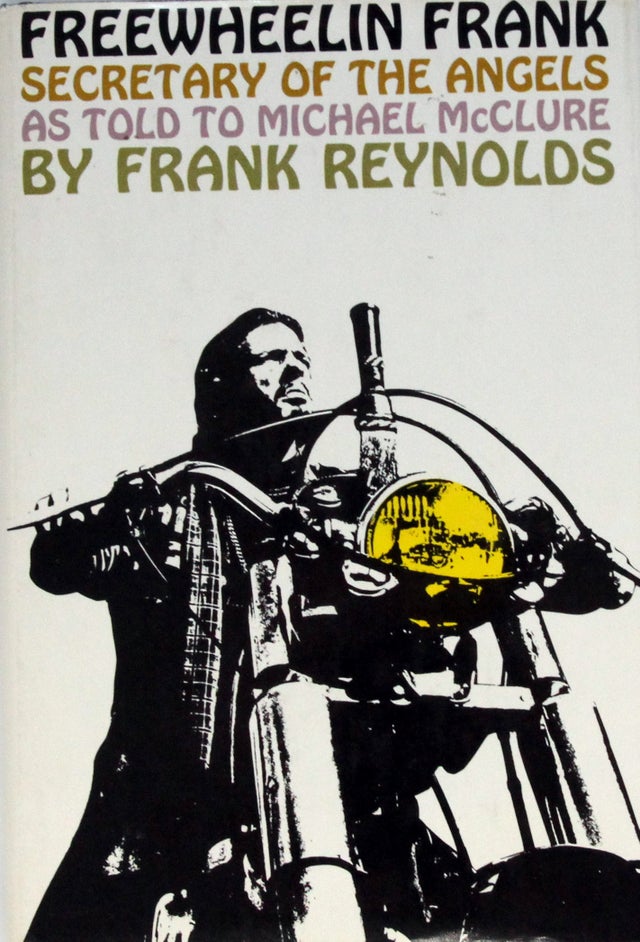 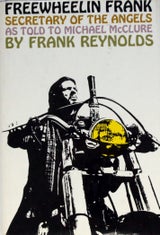 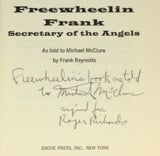 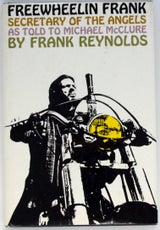 Beat poet Michael McClure recorded and transcribed into this book his interviews with Frank Reynolds, a member of the San Francisco chapter of the Hell’s Angels. Published the same year as Hunter S. Thompson’s seminal book on the Angels, this book explores the San Francisco counter-culture scene (just prior to the Summer of Love). There is something in it to offend nearly everyone in the current “woke” era, but there is also much that will fascinate. When Frank was not “freewheelin,” he was freethinking. The Roger Richards to whom this copy was inscribed was also involved in the Beat movement, most notably as proprietor of the legendary Greenwich Books in New York City.”

“The English language blows my mind. The English language has to be formalized in order to understand it. Every word has three meanings or more. But only one meaning is the true one. It gives a wonderful opportunity to backtalk and sidewind. No wonder there are so many damn law books.”