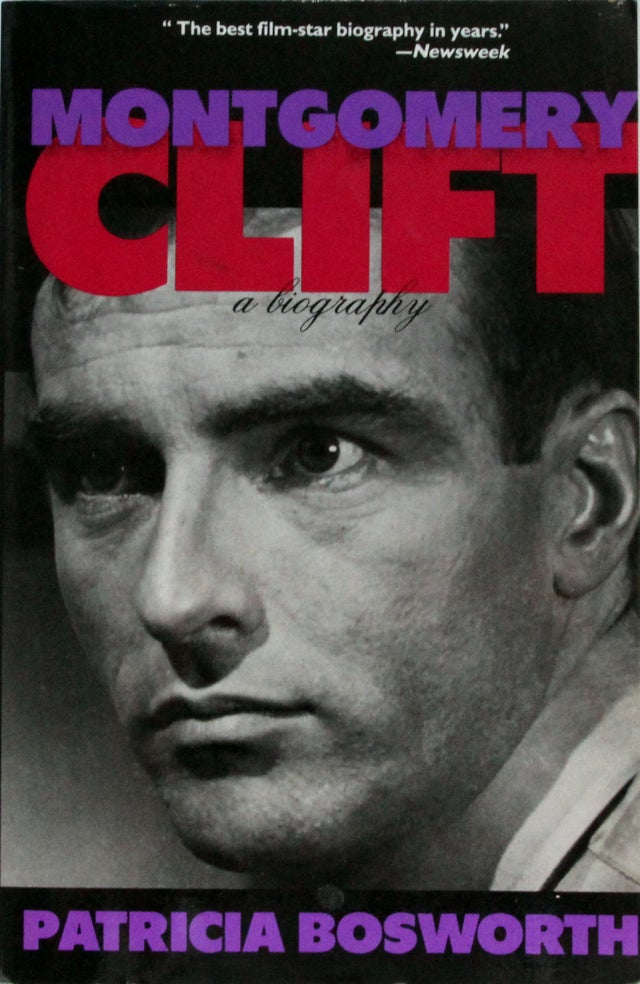 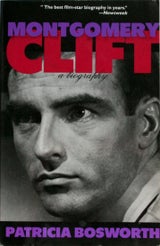 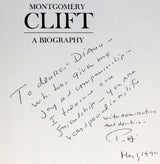 [Signed to Diana Trilling] Bosworth, Patricia. Montgomery Clift, A Biography. Softcover Edition. 1978. Book is in very good condition—lower page edges show mild soiling. Book is warmly inscribed on the half title page, “To dearest Diana—who has given me joy and companionship—I treasure our friendship—you are very special in my life, with admiration and ***, Patty, May 1, 1992.”

This well-received book on Montgomery Clift was originally published in 1978. It was the first of four biographies that Patricia Bosworth would write. As to all four, she was acquainted with the subject matter, but as to Clift, she had once been smitten. While enrolled at Spence in New York City, she developed a schoolgirl crush on America’s new heartthrob, the brooding and romantic Clift who had recently lit up the screen in Red River and The Search. Image her delight when the matinee idol became a client of her father, the attorney Bart Crum and one day, she returned from school to find him talking to her father in her living room. His real-life presence measured up to his screen persona. He left an indelible impression, and Bosworth, with the full cooperation of Clift’s brother, chose him as her first subject matter when she transitioned from acting to writing, by which time Clift had been deceased for nearly a decade. Diana Trilling, to whom this copy is signed, was not only a friend of Bosworth’s but a literary connection as well. Bosworth interviewed the famed critic in 1973 for the Paris Review.

“In his movies, Monty personified nonconformists and loners, who, in the midst of some violent crisis, seemed to be groping toward an understanding of themselves and the world: in so doing Monty always revealed some basic human truth.”