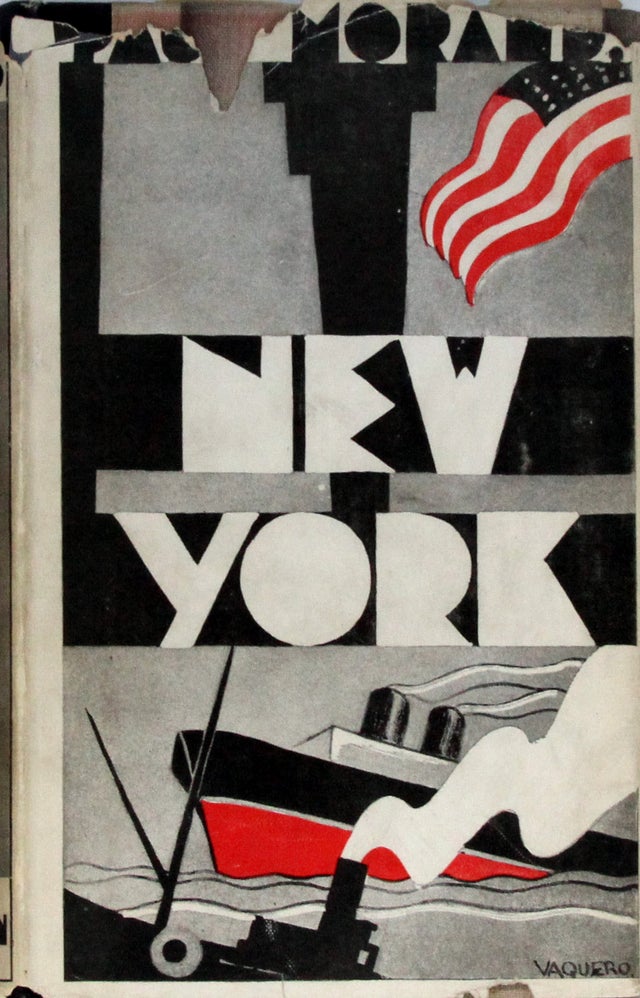 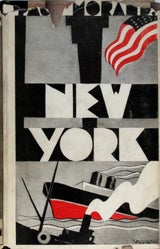 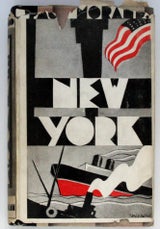 Morand, Paul. New York. First English Edition. 1931. Book is in very good condition; dust jacket is in fair condition—jacket shows chipping to the upper front cover and spine, fraying, and repaired tears. (It is a gorgeous jacket though, and uncommon in any condition.) Translated by Hamish Miles. Illustrations by Joquin Vaquero.

The French diplomat and writer Paul Morand visited New York City four times between the years 1925 and 1929, spending up to two months each visit. His literary and diplomatic credentials opened up doors that would have otherwise remain closed and gave him unique insight into the city, which he regarded as the crossroads between America and Europe—a fascinating idea that still has merit a nearly century later. The book is organized by neighborhood, as if Morand went on a daylong stroll. The final chapter is a contemplation of what New York’s special attributes and idiosyncrasies, in which he concludes that New York might have begun as an offshoot of Western culture, but somewhere along the way became its apogee.

“It is better to be a frankly outmoded city, like London, than a poor attempt at New York, like Berlin or Moscow.”