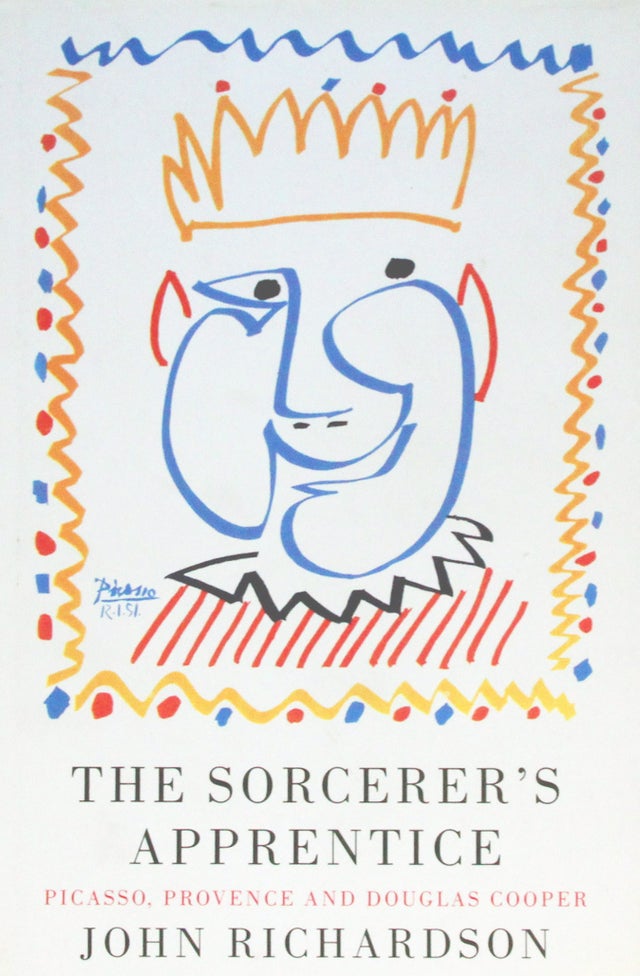 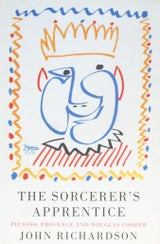 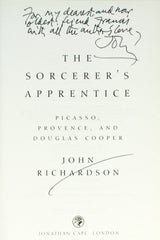 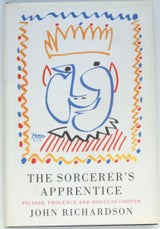 The Sorcerer’s Apprentice, Signed by John Richardson to Francis Wyndham

In this book, John Richardson quips that he enjoyed the German blitz of London during Word War II, as “it brought out the good nature in even the nastiest people.” The same could be said of Richardson himself vis-à-vis his sorcerer (mentor), the art collector/curmudgeon Douglas Cooper, whose volatile temper Richardson managed to curb for over a decade. This memoir is built around their twelve-year relationship in which they lovingly restored the Chateau de Castile in Provence and forged a professional and social partnership that catapulted them to the highest, most sophisticated echelons of mid-20th Century art and society. It is a fascinating story, and it is well-told by John Richardson, who, after leaving Cooper, spent the next half-century as one of New York City’s favored bon vivants and raconteurs. Francis Wyndham, to whom this copy is inscribed, was as influential in literary circles as Richardson was in artistic ones. He was a Whitbread Award-winning novelist and editor of the Sunday Times Magazine.

“For the next twelve years Douglas [Cooper] would play on my compassion, alternating cajolery with brute force, psychic cunning with infantile bellowing. The tension was often excruciating, but the Tolstoyan bond that developed between us—a bond forged out of a passionately shared experience of works of art—made it all worthwhile.”