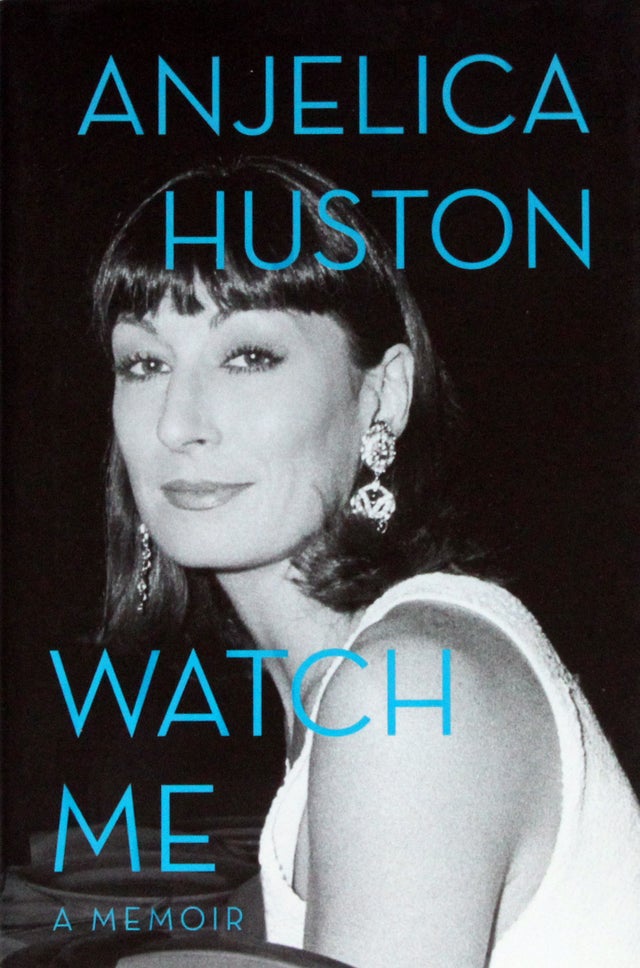 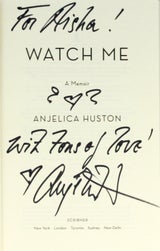 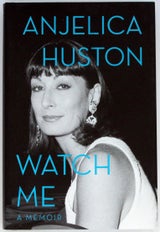 Watch Me, Signed by Anjelica Huston to Aisha Tyler

[Signed by Anjelica Huston] Huston, Anjelica. Watch Me, A Memoir. First Edition. 2014. Book and dust jacket are both in very good condition. Book is warmly inscribed, “For Aisha! With tons of love, Anjelica Huston.” The Aisha to whom this book is inscribed is the actress Aisha Tyler with whom Anjelica Huston participated in a live reading at the Ace Hotel in Downtown Los Angeles.

It is no wonder that Anjelica Huston divided her memoirs into two installments—what a life she has led. The first installment covers her upbringing in a remote Irish castle that sometimes became the center of the world when her film director father gave house parties and then follows her swinging 1960s London in which she became a fashion model. Watch Me is the second installment, and it begins when she is in her early twenties and living in Los Angeles to pursue an acting career. She lands in a two-decade relationship with Jack Nicholson, one of the few Hollywood personalities as fascinating and charismatic her father, and she makes interesting comparisons between the two, which culminates when the three filmed Prizzi’s Honor, for which Anjelica won an Academy Award. A supporting character in the book is Hollywood itself, which, as a daughter of old Hollywood and member of the its 1970s/1980s radical reinvention, she is uniquely qualified to interpret.

“Although I may have wished for the obvious in my relationships—mutuality, sharing, caring, and fidelity—the hard reality was that these were qualities that did not necessarily turn me on. I’ve always been attracted to cowboys and rock stars, artists and wild men. Men you can’t depend on. Guys who have you waiting by the telephone—not, for the most part, the kind and easy ones you can relax around.”