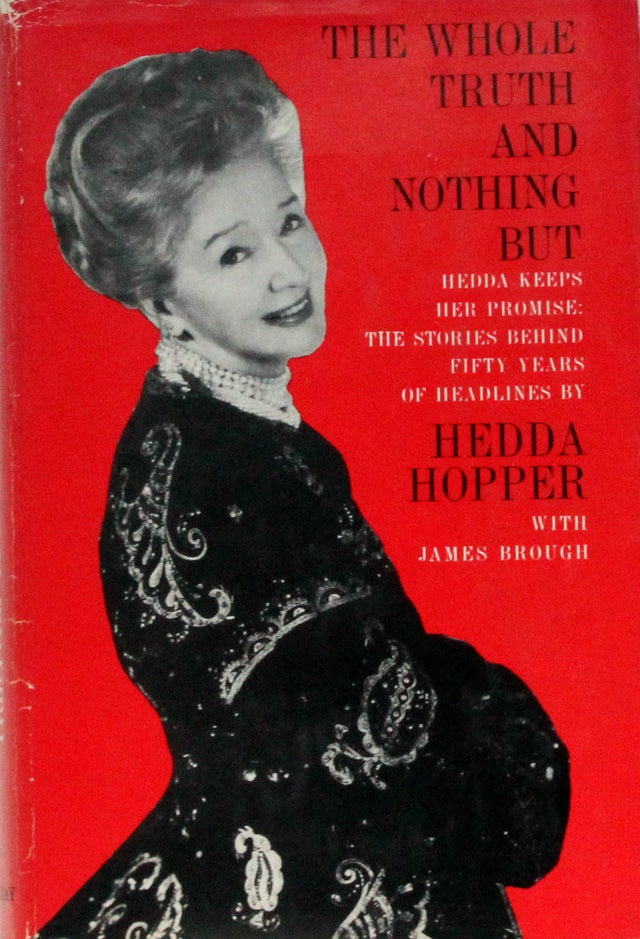 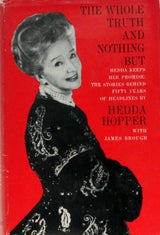 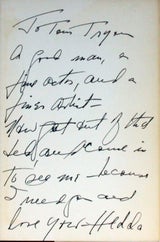 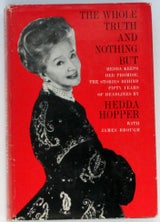 The Whole Truth and Nothing But, Signed by Hedda Hopper

[Signed to Tom Tyron] Hopper, Hedda. The Whole Truth and Nothing But. Later Printing. 1963. Book and dust jacket are both in very good condition. Book is warmly inscribed to the actor Tom Tyron (who at time of book’s publication was had the lead role in Otto Preminger’s The Cardinal). The lengthy inscription reads, “To Tom Tyron, A good man, a good man, a fine actor, and a finer artist—now get out of that bed and come in to see me because, I need you, and love you—Hedda.”

Hedda Hopper’s matronly demeanor belied her high-spirited, anything-goes personality. She might have resembled someone’s grandmother, but how many grandmothers had the opportunity to flirt with James Dean as he knocked back scotches in her Beverly Hills mansion? Moreover, she was known for her reactionary politics, but on a personal level, her beliefs were more nuanced than one might suppose. One example—she gives Sammy Davis, Jr.’s interracial marriage her stamp of approval seven years before the U.S. Supreme Court ruled it a constitutional right. An assortment of Hollywood A-Listers make cameos in the book, including Joan Crawford, Elizabeth Taylor, Frank Sinatra, Marilyn Monroe, Errol Flynn, and Judy Garland. In the book, Hopper—at the end of her long career—offers up if not the whole truth, then at least her candid opinion of it.

“Ten years ago, the movies treated television the way a maiden aunt treats sex—if she doesn’t think about it, maybe it will disappear.”