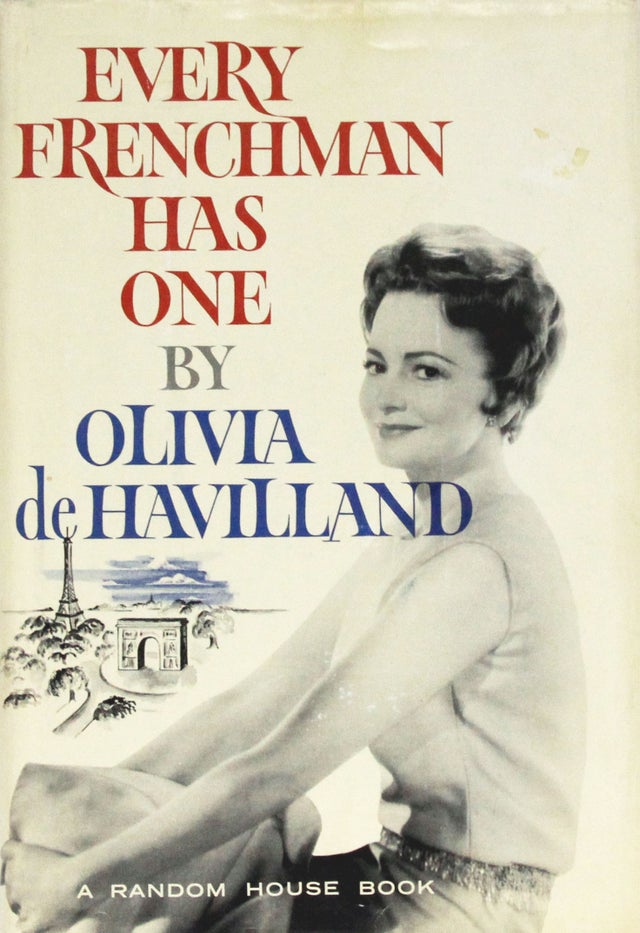 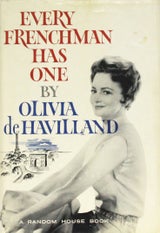 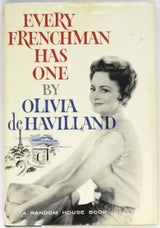 Every Frenchman Has One, Signed by Olivia de Havilland to U.S. Ambassador to France

[Signed to United States Ambassador to France] Havilland, Olivia de. Every Frenchman Has One. First Edition. 1962. Book and dust jacket are both in very good condition—the white jacket shows mild discoloring. The book is inscribed, “For Phyllis and Douglas Dillon, with the warm regards and best wishes of Olivia de Havilland.”

Film legend Olivia de Havilland said of the Hollywood rat race, “Famous people feel that they must perpetually be on the crest of the wave, not realizing that it is against all the rules of life. You can’t be on top all the time, it isn’t natural.” What better way to remove oneself from the wave than to retire to Paris, (which she did in the 1950s by marrying the editor of Paris Match Pierre Galante)? In this fun and breezy memoir comparing and contrasting Paris and Hollywood, neither city goes unscathed. De Havilland signed this copy to an American couple that had also lived in Paris, but not as expatriates. Douglas Dillon was U.S. Ambassador to France during the Eisenhower administration, and at the time of the book’s publication in 1962, was President Kennedy’s Secretary of the Treasury. As de Havilland was the most famous American living in Paris at the time Dillon was ambassador there, that is likely when they first became acquainted. Much later, she and Dillon were fellow guests at the 1984 Reagan state dinner for French President François Mitterand.

“In France, it’s assumed that if you’re a woman you are sexy, and you don’t have to put a dress on to prove it.”