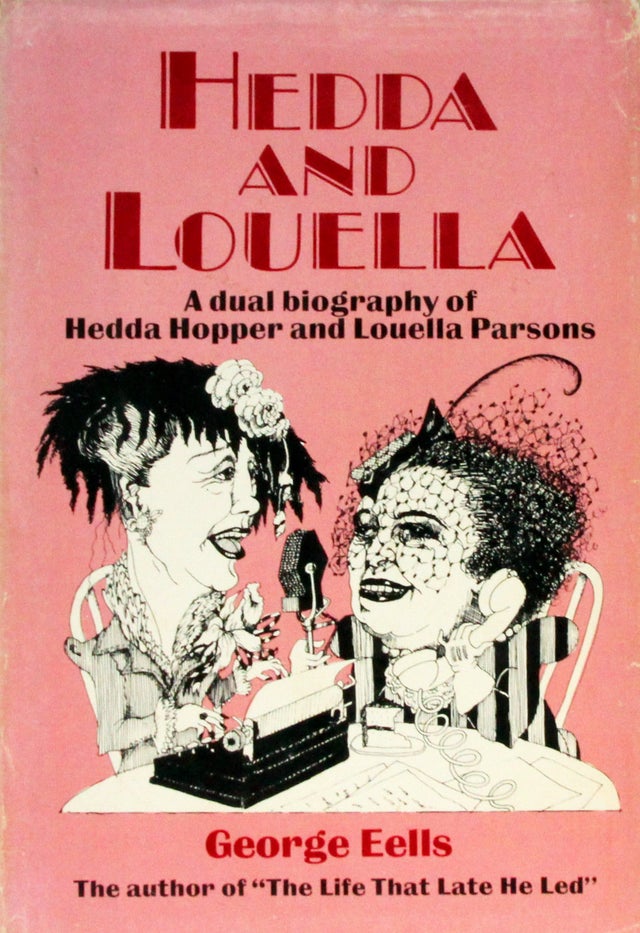 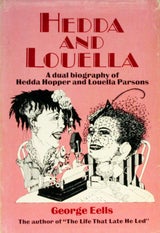 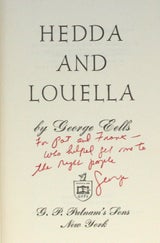 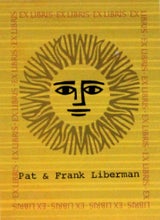 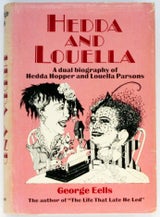 Hedda and Louella, Signed by George Eells to Frank Liberman

[Signed to Frank Liberman Who Is Mentioned in the Book] Eells, George. Hedda and Louella, A Dual Biography of Hedda and Louella. First Edition. 1972. Book is in very good condition; dust jacket is in very good minus condition—jacket shows moderate fraying and a faded spine. It is inscribed on the title page, “To Pat and Frank—who helped get me to the right people, George.” The bookplate of Pat and Frank Liberman is attached. Laid is a typewritten (original) errata slip with a handwritten notation by Eells.

A gossip column is mostly smoke and mirrors. One read by millions is also a smokescreen. It appears light and airy (albeit slightly scurrilous), but in truth, it is a serious game of power, in which careers, and even lives, are made or broken. Hollywood scribe George Eells was well aware of that darker undercurrent in this dual biography of the two most powerful women in Golden Age Hollywood. However, its candy-pink dust jacket cover is no lie; this book is also a delicious confection, full of inside information on the two women and the movie stars they alternately glorified and maligned. That former friends Hopper and Parsons became sworn enemies adds an additional layer to the intrigue. The Frank Liberman to whom this copy was inscribed was a longtime Hollywood publicist whose clients included Bob Hope (whom he represented for over forty years). He is mentioned in the text, and photographs from his archive are credited in the photo section of the book.