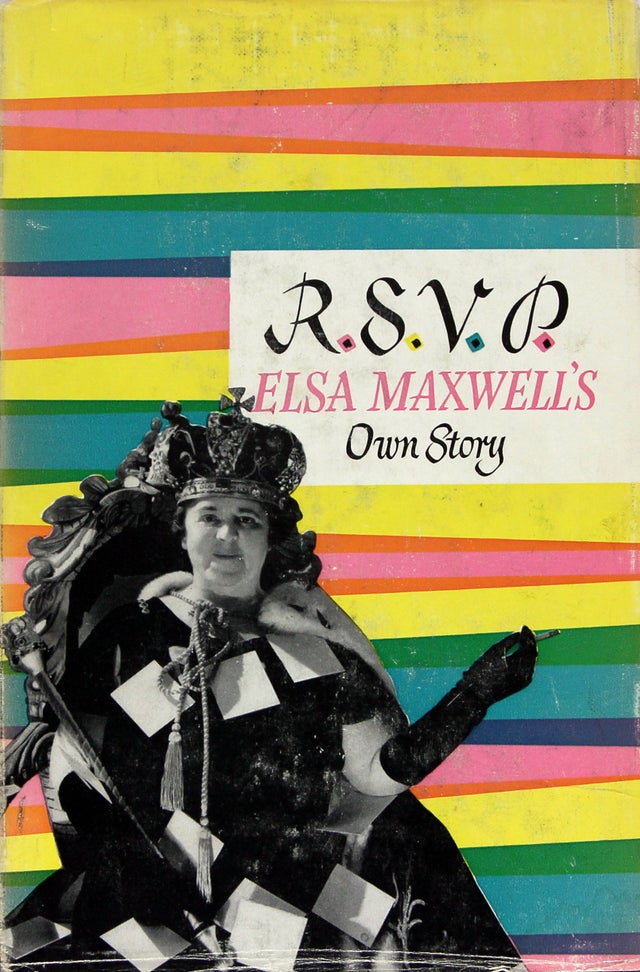 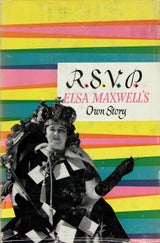 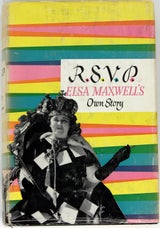 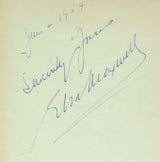 [Signed] Maxwell, Elsa. R.S.V.P. Elsa Maxwell’s Own Story. Later Printing. 1954. Book and dust jacket are both in good plus condition—book was donated by the William Perry Taylor family to the Nicolet Technical Institute and has several ex libris stamps to that effect, including partially faded stamp on the page edges; jacket shows mild soiling and fading to the spine. Book is signed, “June 2, 1954, Elsa Maxwell.”

Elsa Maxwell is that friend who manages to live absurdly beyond her means, and for no other reason than her presence assures hilarity will ensue. Oh, and as such, the friend can introduce you to just about anyone in Hollywood, New York, or Europe that you would want to know. In this memoir, Maxwell spins a thread of a thousand anecdotes—all outrageous and most probably true. Her guest list includes Cole Porter, Alva Belmont, Elsie de Wolfe, the Duke and Duchess of Windsor, Prince Aly Kahn, and many café society types from the 20th Century.

“Ridiculing Laura [Corrigan]’s gaucheries and malapropisms was a favorite indoor pastime in the smart set. Laura, about to go on a Mediterranean cruise, was asked whether she intended to see the Dardanelles. ‘I have letters to them,’ she said airily, ‘but won’t have time to drop in on them.’”