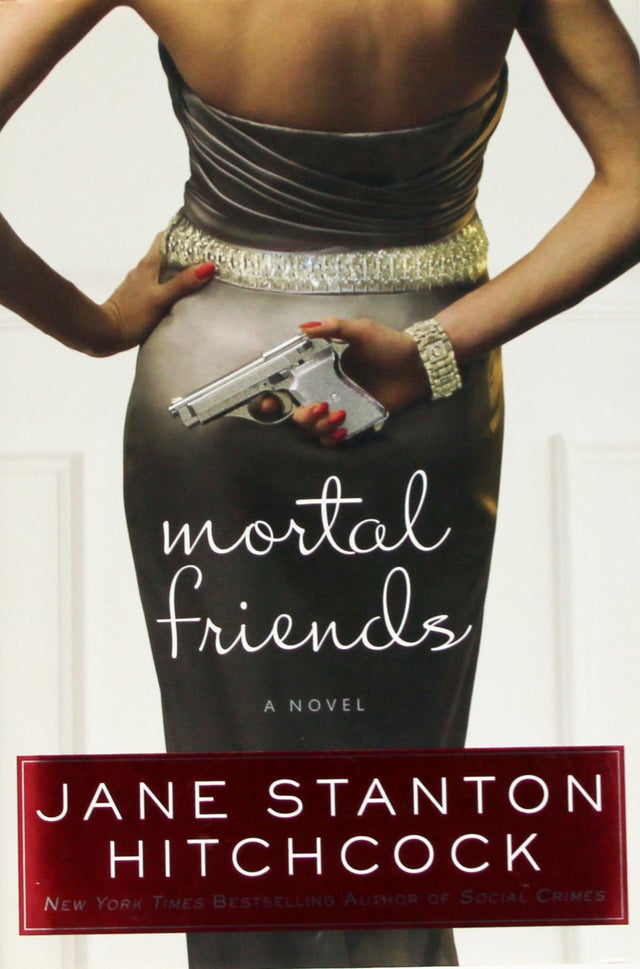 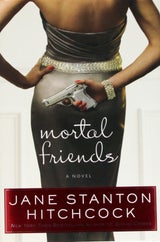 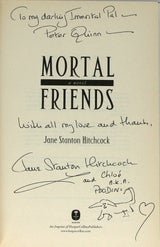 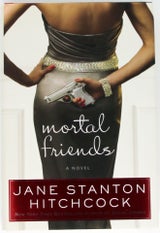 [Signed Presentation & Drawing] Hitchcock, Jane Stanton. Mortal Friends. First Edition. 2009. Book and dust jacket are both in very good condition. Book is warmly inscribed, “To my darling Immortal Pal—Peter Quinn—With all my love and thanks, Jane Stanton Hitchcock and Chloé A.K.A. Poodini.” Below the inscription, the author has drawn a rough sketch of a dog, presumably Chloé (a.k.a. Poodini).

Want to get away with murder? It helps to be utterly ruthless and lack a moral compunction to tell the truth. In this murder mystery, whose hairpin turns will keep the reader guessing until the final pages, Jane Stanton Hitchcock makes the case that those same attributes are required to make it big in society. As such, nearly any character, some of whom are barely disguised boldfaced names, could be the murderer. The author, a protégé and friend of Jacqueline Kennedy Onassis, knows the milieu. She has lived it, primarily in Manhattan (the setting of her earlier mysteries), but also Washington, D.C., in which this book is set. The author is a part-time resident here—her husband is Jim Hoagland, a Pulitzer Prize winning journalist for the Washington Post).

“Violet looked at me and rolled her eyes. Cynthia may have been her new best friend, but that didn’t mean she particularly liked her.”