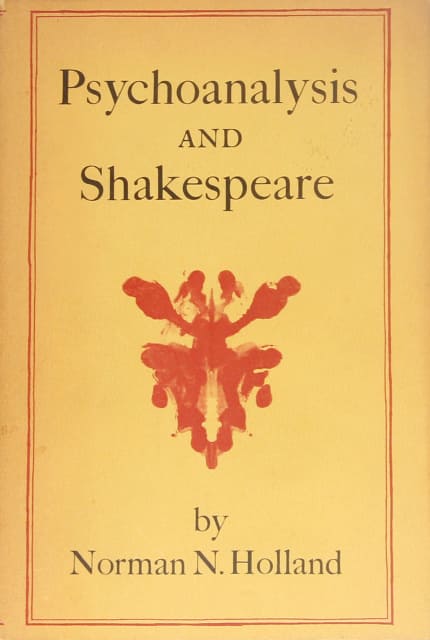 SKU:
$65.00
$65.00
Unavailable
per item
Holland, Norman H. Psychoanalysis and Shakespeare. First Edition. 1966. Book is in very good minus condition; dust jacket is in very good condition—there are notations in the book, most of which are in pencil and capable of being erased.

Yale professor Harold Bloom, one of our great literary critics, concluded that Sigmund Freud owes a great debt to William Shakespeare, because it was he who first gave us the map of the mind. This book expands on that idea, pointing out that the psychoanalyst and Shakespeare have more in common than simply a fascination with Oedipus. They are two sides of the same coin, sometimes at cross-purposes, but not predictably so.
"The psychoanalytic view of anything, I suppose, begins with Freud, but rarely ends there."
--Norman N. Holland