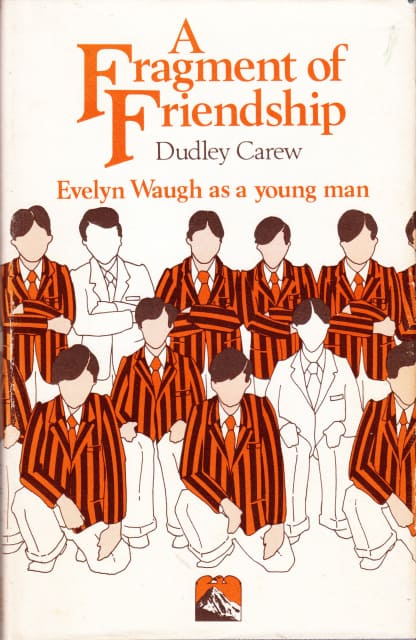 A Fragment of a Friendship, Evelyn Waugh as a Young Man

SKU:
$75.00
$75.00
Unavailable
per item
Carew, Dudley. A Fragment of Friendship, Evelyn Waugh as a Young Man. First Edition. 1974. Book and dust jacket are both in very good condition—pages have slightly darkened with age.

Time has not diminished Evelyn Waugh’s literary reputation. What remains in dispute is his character. James Lees-Milne called him “the nastiest-tempered man in England.” Cecil Beaton was so bullied by him when they were school classmates that he nursed a lifelong grudge. This book by another classmate offers a lighter, more nuanced view, which attempts to reconcile the generous charmer he knew from school with the man whose churlish diaries stung friends and foes alike when they were published after Waugh’s death.
Sold Out
Add to Cart