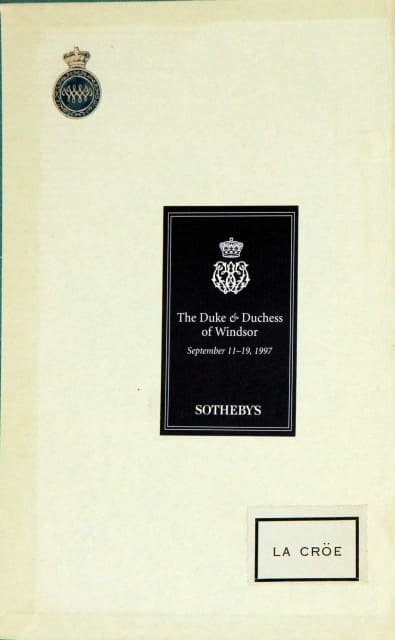 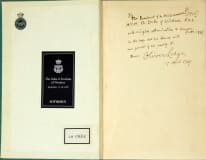 My Philosophy, Signed to Duke of Windsor, with Windsor Bookplates

[Signed to Duke of Windsor; Windsor Bookplates] Lodge, Sir Oliver. My Philosophy, Representing My Views on the Many Functions of the Ether of Space. First Edition1933. Book is in good condition (no dust jacket). Three bookplates are attached: one royal bookplate; a plate from the Duke & Duchess of Windsor Sale held at Sotheby’s in 1997; and the plate for La Cröe, the Windsor’s first home. The book is warmly inscribed by Sir Oliver to the Duke of Windsor, referencing his sorrow at the Duke’s abdication, which had recently occurred.

Sir Oliver Lodge was a noted scientist who held important patents. He was, however, also a spiritualist, and in this book, he attempts to reconcile the scientific universe with the paranormal one.

“We are spirits incarnated in matter for a time, and unless we can operate on matter we produce no perceptible effect; but our existence does not depend on the material body, nor does it constitute the whole of our instrument.”